Home People In a class of his own

Been banging your head against a brick wall lately? Are you utterly convinced that changing railway technical standards is well nigh impossible? Have you been encouraged to get back in your box? Well, take heart. There’s one guy who is not only still out of his box, he has actually driven through a fundamental change – a change in the way that the railways distribute their signalling installation power.

Tahir Ayub, Network Rail’s senior E&P engineer working within the national signalling innovations group in infrastructure projects, has been responsible for getting rid of the earth wire – getting rid of one third of the copper content in low voltage signalling power distribution systems. To many of us, and that includes the electrical fraternity, this sounds a bit risky. It certainly raised a few eyebrows in the industry and, initially at least, the initiative looked as if it was aiming rapidly for the long grass. In the early stages Tahir came very close to being shoehorned back into his box.

But first, a bit of context and some technical background. Ever since the signalling department started to incorporate electricity in the railway’s signalling system, there’s been a need to get power to the various bits of electrical kit. In the modern railway, the range of equipment that is dependant on a power supply is huge. Everything from signal lamps to point machines and from relays to level crossings, the list goes on and on – and it all needs an electrical feed. In many locations there may be a power source just over the fence – a street lamp, a housing estate perhaps. It’s all deceptively convenient, but in reality hopelessly impractical and expensive to tap in to what may be just a few metres away.

The most economic and controllable way of distributing power to the signalling system is to have a dedicated low voltage power distribution network. And that’s what exists on the UK system. Network Rail has one of the largest low voltage power distribution systems outside of the power utility organisations. But it’s expensive – supplying power to signalling installations can be between 5% and 10% of the total capital cost of a resignalling project.

Back in 2009, Tahir was tasked with trying to cut down the cost of the Water Orton Resignalling Scheme. From his perspective as an electrical engineer with experience of process and industrial applications, he believed that there were significant savings to be achieved by cutting down on cabling costs. He dared to suggest that the earth wire could be abolished. Cue elevated eyebrows. Now, getting rid of the earth wire on its own would, of course, have been a bit risky. It would have been a bit like proposing that structural engineers didn’t really need all that pesky wind bracing in a structure or that lifeboats were really just for show. No, the deal was a bit more complicated. Tahir was suggesting that the railways go for what is called a Class II power supply installation.

At this stage we need another digression to explain the term ‘Class II installation’. What is Class II and, indeed, what is Class I? This has all to do with electrical protection and it’s necessary to look a little at the history of railway power supplies. Ever since someone dreamt up that an electric lamp could replace a paraffin lamp, the signal engineers have looked after the wiring. It seemed eminently logical at the time and this was how the whole system of signalling wiring evolved. The power served signals and so it was logical that signal engineers were the best folks to look after it.

By the turn of the millennium, with the railways privatised and Railtrack in charge, there were some who were decidedly edgy about all this in-house cosiness. Electrical Safety – with a capital S – is the province of electrical engineers who abide by ‘proper’ electrical standards – not standards dreamt up by signal engineers.

As a result, power supplies – including signal power supplies – had to conform with BS 7671, otherwise known as the EIT wiring regulations. The upshot of this was that the two core wiring previously used did not meet current standards and three core armoured cable was adopted for all new installations.

Rodents and a nasty smell

All well and good, but it did mean that the amount of copper used (and stolen) was at least a third more than before. In fact, because of the way that cable design takes into account earth return analysis, it is possible for the size of the earth return conductor to be larger than the individual phase conductors. As cables are only manufactured with equal sized conductors, this can mean that the cable is sized to the larger earth conductor.

The other ‘unexpected consequence’ of adopting armoured three core cable was that, unless specific mitigation measures are taken at each installation, an earth fault can propagate throughout the system so knocking out power to a whole range of equipment under certain fault conditions. This is no doubt safe electrically, but leads to the railway system running in degraded mode with all the signals showing a black aspect. This, on critical analysis, can lead to many more serious hazards than the original electrical problem. It’s where Railway Engineering over-rides individual disciplines.

The protection of the cable – the armoured bit – is designed to thwart the efforts of rodents and the pick-and-shovel brigade. But here again, a fault travelling through the armoured part will knock out kilometres of power supply.

At last we can look at Class I and Class II in this context. These are classes of electrical protection. Class I is a system that has an earth return so that any fault in a particular location is sent directly to an earth point so protecting someone from electrical shock. Class II is a system where the individual location is encased and double insulated so that if a fault develops, that fault is contained within the casing and nobody is exposed to electric shock.

Just think of the early days of DIY electric drills. They were hefty bits of kit with the body of the drill usually made of some sort of ‘mucky metal’ casting – absolutely lethal if the armature decided to disembowel itself. The casing would become live and that would be that. But those drills had a three core cable and we were encouraged to connect the plug (not supplied) complete with the earth return. Modern drills not only come with a plug, but also with just a two core cable. The drill casing will be a plastic material and the whole thing will be double insulated. The drill can disintegrate internally to its heart’s content, but the operator will be blissfully unaware apart from the acrid smell of electrical catastrophe.

The same goes for signalling installations. Along with the proposal for the abolition of the earth return comes a package of parallel measures forming a class II system.

Tahir had in mind a wholesale change in the way that signalling power supplies would be designed. He was given the freedom of two weeks to form a proposal. At the end of his fortnight out of his box he was able to share his ideas with colleagues and peers. The reaction was mixed and it soon was obvious that whatever he was suggesting couldn’t be applied to the Water Orton project. Tahir was suggesting something ‘new and novel’ that needed a completely new safety case and a complete re-writing of the railway electrical standards.

He admits that this period in the project was particularly rocky. There was ‘robust criticism’, but there was also encouragement and, through a series of seminars and informal meetings, he began to acquire champions – something that is vital in any proposal.

Initial approaches to suppliers were difficult – hardly surprising really because all they saw was an individual making a proposal that had significant commercial implications and that if adopted would require significant speculative investment.

By 2009, with the assistance of ERA (formerly the Electrical Research Association), Tahir had prepared a suite of railway standards for Class II power supplies. With these signed off, it became much easier to involve the wider industry. Network Rail was now seen to have committed to Class II and suppliers were keen to invest. In fact, Tahir has been encouraged with suppliers’ reactions. For years there had been very few innovations in the supply side of signalling and many of the products on offer had changed very little. This has all changed with a whole raft of ideas being suggested.

“It’s been the most exciting part of the project. They are coming up with all sorts of suggestions and they can see applications outside the railway industry too.”

The new two core cable is bespoke to the railway with protection measures migrating from the fibre optic industry. Instead of stainless steel armouring, the cable is protected from rodents with a glass fibre weave that embeds glass fragments in their gums – don’t ask! A tape is woven through the cable with the helpful message that the cable is the property of Network Rail – always useful if it gets lost and there is an embedded colour coded cotton strand that is an additional identification feature.

The adoption of Class II gives a number of what Tahir calls ‘tier two’ benefits. Along with the elimination of individual earthing points at each location, it is possible to restore supplies to a route affected by a cable theft attempt by using auto reconfiguration technology which is now also approved for use on Class II-based systems. This is by remote switching which is almost like having a system that is self-healing within minutes. All of this is consistent with an holistic railway engineering approach to signalling power supplies. Electrical protection is maintained but so too is the power to signals. Degraded train working is avoided and repairs can be carried out in a planned, efficient and safe manner.

So, is it possible to bring about a major change in railway standards and practices? Well yes it is, but it takes an amount of determination, time and belief as well as the ability to absorb the odd knock or two. But in the end, a major change has happened. Tahir had the opportunity of leading the work stream and mobilising the supply chain. He was supported by many across Network Rail from professional geads, engineering managers, technology engineers and chief engineers within the supply chain organisations.

Decades ago, signalling engineer Graeme Christmas had also suggested the use of Class II, but his plan remained on the shelf gathering dust as an opportunity too far to deliver. Graeme provided mentorship and support in guiding Tahir through the stakeholder maze. Ernest Brigden (project engineer) and Kyle Windsor (senior technology engineer) were key in delivering the project once the standards had been issued. Many in the supply chain have been involved in developing new transformers, rectifiers, cables, switchgear and auto reconfiguration equipment.

With a RailStaff award for Sustainability under his belt, and with 400 tonnes of copper having been saved already with further saving to come, Tahir has found that, all in all, the whole exercise has been so much more satisfying than just going back into his box. 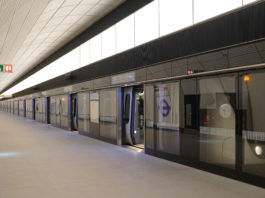 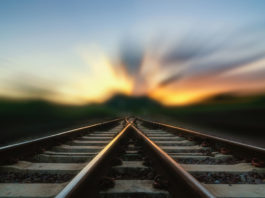 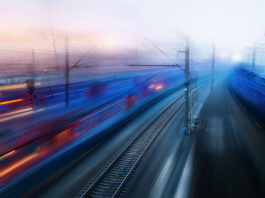