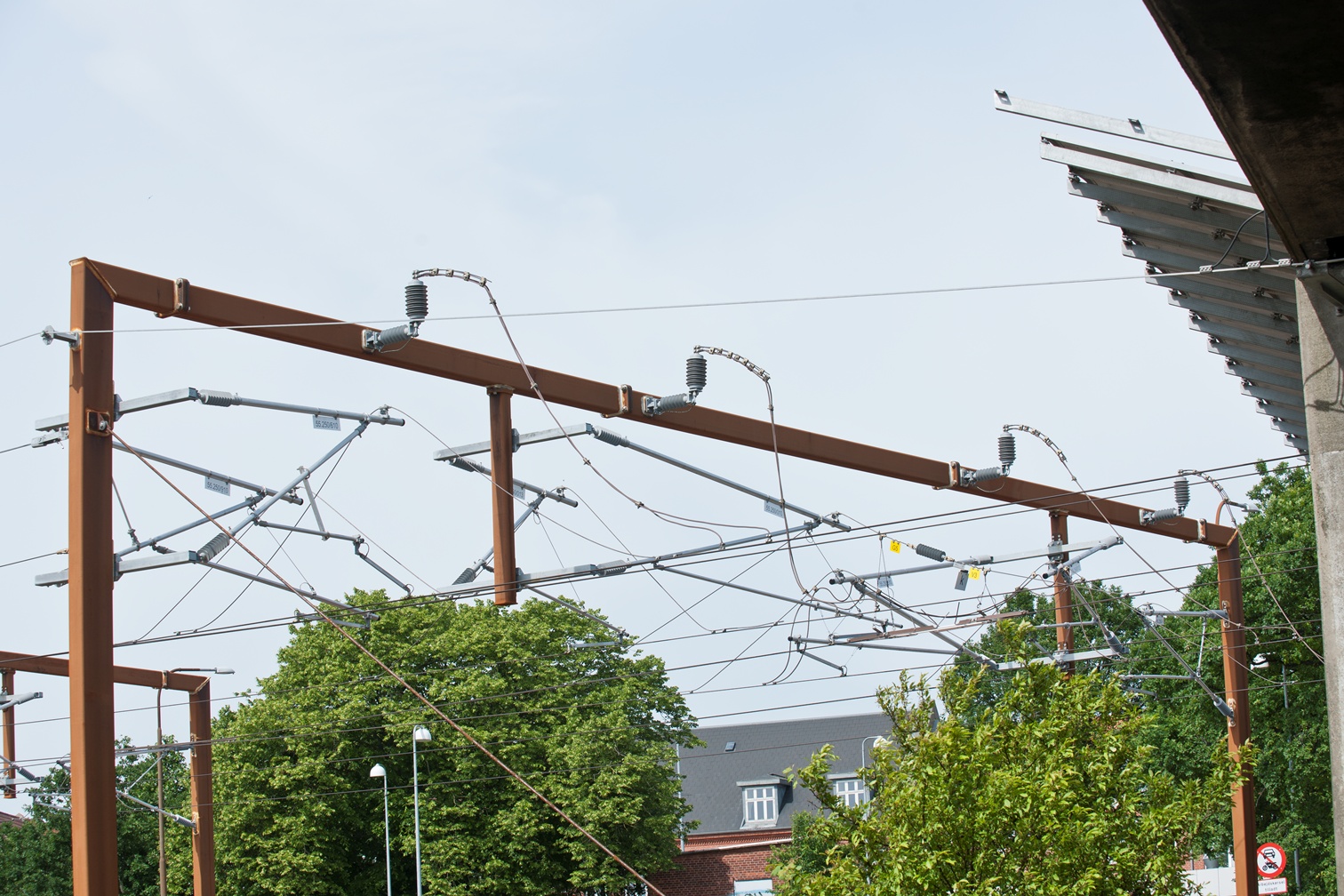 The electrification of existing railway lines is often associated with high costs, due to the inevitable proximity between live overhead line conductors and trackside structures.

As the overhead line system is energised at 25 thousand volts, sufficient electrical clearance must be allowed for, at the design and installation stages, to ensure the electrification infrastructure doesn’t suffer unnecessary flashovers between live conductors and the structure.

The required electrical clearances are defined within legislation and standards which control the design and installation requirements, and allow for a number of ‘worst case’ conditions, including, for example, ice and pantograph uplift.

These clearances are an essential factor in the planning phase of overhead line system design. If a conflict of electrical clearances occurs, then considerations have to be made to either modify the relevant structure (bridge, tunnel or building), or lower the tracks – both of which require complicated, extensive and expensive design and construction works to achieve the required electrical clearance.

To address this issue, and so to reduce or eliminate the costs of either having to make modifications to the structure or to lower the track, Siemens has developed an alternative solution that uses a surge arrester in circuit with the overhead line system. This offers significant benefits both in terms of the cost and speed of electrification works, particularly compared to any requirement for reconstructing or modifying buildings, bridges or tunnels, or for lowering existing tracks.

By introducing a surge arrester in this way, if over-voltages do occur (potentially as a result of lightning strikes), then these are limited by the surge arrester to a magnitude of voltage which complies with the available electrical clearance values between the overhead line and structure.

To establish the possible minimum electrical clearance requirement, and to improve understanding of how the electrification system behaves in situations with restricted electrical clearance, a series of tests was commissioned and supervised by Network Rail and carried out, under controlled conditions, at Southampton University.

The tests were carried out by applying a full lightning impulse of wave shape 1,2/50 µs to BS EN 60060-1. The impulse test voltages were of an amplitude of 193kV (in accordance with BS EN 50124-1:2017 Clause 7.3 and BS EN 60060-1), both with and without mitigation measures, and with a solution having been applied to both sets of arms to imitate polluted conditions.

The initial setup for both types of under-bridge arm started with an electrical clearance of 70mm between the bridge arm and earth plate. The contact wire was connected directly to the output of the impulse generator and the earth plate connected to the building earth. Without any mitigation measure, a spark-over occurred at this initial distance.

When applying mitigation measures, the clearance between the arm and earthed plate was decreased by 10mm after each full set of three positive and three negative polarity impulses which withstood a flashover across the air gap.

This continued until a failure, indicated by a collapse in voltage on the measurement system. The process was repeated with each added mitigation (surge arrestor, contact wire cover and insulated coated earth plate of 1500mm x 1500mm), with each test of additional mitigation beginning at the last failed distance. A confirmation test was also completed at that distance, to show there was no decrease in performance following the addition of the new component.

Under dry test conditions, the Siemens surge arrestor, without any other mitigation measures, successfully achieved a minimum clearance of 40mm against the British Rail type under-bridge arm. Using the same test conditions for the Network Rail insulated type under-bridge arm, a minimum distance of 30mm was successfully achieved.

When all three of the mitigations were applied to the Network Rail arm in dry conditions, a distance of 0mm was achieved, with the arm physically touching the insulated coated surface without any collapse of voltage or detriment to performance.

Depending on the required protection level, surge arresters can be applied to the overhead line equipment on both sides of the structure; with each contact system running through the structure requiring a reduced electrical clearance.

Surge arresters are currently being installed by Siemens on nine routes across the Danish railway network, covering a total of 1,300 kilometres of new electrified line. To date, a total of 28 surge arrestors have been installed at locations where their application has enabled successful energisation to be achieved without remedial works having to be undertaken to either the structure or trackwork.

This article was written by Gary Bromley, an overhead line electrification manager for Siemens Rail Electrification.

Read more: Electrification as it used to be 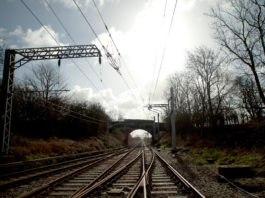