Leaves on the line are a common problem, especially in autumn when they can pose a serious challenge for rail operators, causing trains to be delayed and even needing to be taken out of service temporarily. This situation is even worse in countries around the globe with densely forested areas such as North America, Canada, parts of the UK and Europe.

To put the problem into context, a mature tree can lose between 10,000 and 50,000 leaves and, each autumn, literally thousands of tonnes of leaves fall onto railway lines across the UK alone. Network Rail, the owner and operator of most of the UK’s rail infrastructure, tries to keep delays to a minimum by keeping trees and vegetation along the track side cut back, as well as deploying ‘leaf busters’ which spray powerful jets of water directly onto the train lines to clear leaves away.

Some rail operators even go the extreme of publishing ‘leaf timetables’ in the autumn, which give their trains longer to complete their journeys and also to slow down at stations, helping them to stay on time.

But, timetabling aside, why are leaves on the line such a problem for rail operators and what new innovations are out there to provide solutions?

Leaves on the line make rails slippery and cause trains to experience reduced adhesion. This can lead to wheel slip when the train is taking power, and wheel slide when the train is braking. Although large strides have been made in the development of better Wheel Slide Protection (WSP) systems for trains, these can only optimise the prevailing wheel rail adhesion. WSP systems attempt to protect the wheels on the train during a stop, but rapid transition from slippery rail to dry rail and back can sometimes result in flats being created on wheels during braking.

The flat spot occurs when a rail vehicle’s wheelset is dragged along the rail after the wheel/axle has stopped rotating. Flat spots are usually caused by use of the emergency brake, or slip and slide conditions that cause wheels to lock up while the train is still moving. Flat spots are more common in the autumn and winter when the rails are slippery, but can also be caused by faulty brakes or wheelset bearings.

Looking for a new job in the UK rail industry? Click here to begin your journey.

Once these flats are created, they provide the characteristic ‘thump-thump-thump’ that can be heard by rail passengers during autumn as the damaged wheels impact the hard rails beneath them. The sound is generated as the edges of the wheel flat impact on the rail, but, as the sharp corners of the flat are worn away over time, the noise reduces, making human detection difficult.

If the flat spot is very small, the rail vehicle will be able to continue being used. The fault is removed later in the wheelset turning process. However, because of the heat suffered while being dragged along the rail and the impacts suffered afterward, these wheels are more likely to break due to changes in the alloy structure. If the flat spot is very large, strands of molten metal may have got stuck on one side of the flat spot, making it impossible for the wheel to turn due to insufficient clearance between the rolling surface and the brake block. In this case, the wheelset must be replaced immediately. In extreme cases, a wheel with an untreated flat spot can damage the track and cause a derailment.

Otherwise smooth but ‘out of round’ wheels generate ever more force as the train gets faster until the forces become very damaging to the rails. At their extreme, these forces can be large enough to break rails which already have small cracks or defects in them.

A good example of an extreme situation caused by a wheel flat is with Metro-North Railroad in New York, where a flat generated so much ‘out of balance’ force in its axle that the axle broke, sending the wheel into the Hudson River. The consequence could clearly have been considerably worse as the trains travel on a viaduct through Manhattan on their way to Grand Central Terminal. The Federal Railroad Administration (FRA) therefore mandated that Metro-North should do regular visual inspections of its wheels. This is no easy task as it represents a total of 13 miles of tread surface to be inspected for defects daily!

Instead of implementing the visual check approach, Metro-North chose a significantly more efficient, Automatic Inspection System (AIS) in the form of WheelChex®, which consists of 32 Vortok MultiSensors™ in each of four tracks in the Park Avenue Tunnel under Manhattan; a total of 128 sensors per installation. Unlike traditional AIS that use bonded strain gauges, which are difficult to install and require high maintenance, the Vortok sensors are embedded in the rails and form an array which measures the force profile of each wheel as it passes over the system. This force profile is used to determine the roundness and smoothness of each wheel by monitoring the mean weight and peak force (from impacts) of the wheels.

A good measure of the wheel condition is to compute the ratio of mean to peak load and express this as a simple number. Anything above a ratio of two is noteworthy and is passed to train maintainers, and anything above five is an emergency, which sees the train stopped as soon as it is safe to do so. This information, combined with analysis of the wheel data, has allowed Metro-North to instigate a wheel management system that allows wheel flats to be measured early and then to track the condition of any wheel damage over time.

The WheelChex system, powered by Vortok sensors, has been so reliable for Metro-North that the company, in partnership with Long-Island Railroad, put out a Request for Proposal for the construction and delivery of three ‘Train Fault Detector’ (TFD) houses to build on the original implementation, adding hot wheel and bearing detection, along with enhanced data analysis. Vortok International won this contract and combined the existing WheelChex technology with Progress Rail’s hot bearing and wheel detection systems to create a ‘first’ in the US rail transit industry in combining these measurements into one location.

This innovative TFD system provides a comprehensive overview of wheel and axle condition and will allow the railroads to benefit from operational information in the form of messages and alerts to tell them if a particular vehicle is presenting a risk to the infrastructure. With new trending algorithms it will be possible to plan ahead and avoid some of the panic that happens when the leaves fall in autumn, when most wheel damage occurs.

Innovation in this sector has led to solutions that not only overcome the original, obvious problems, like wheel flats in autumn, but also tackle complex issues such as hot wheel and bearing detection. With statistical data from the TFD, the railroads will also be in a stronger position to plan material purchases and benefit from better pricing and lead times. It will be exciting to see where this technology goes from here.

This article was written by Richard Robertson, managing director of Vortok International. 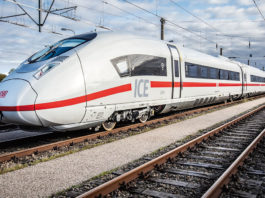 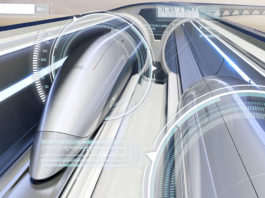 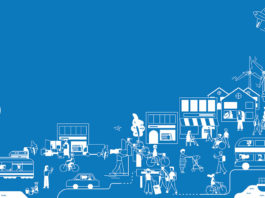