The concept of ERTMS Level 3 has been around since the vision for a standardised European signalling system came about in the 1990s. Reducing the amount of track-based signalling equipment and doing everything by radio seemed an admirable goal but, despite early predictions and the emergence of something akin on lightly used lines, very little progress has been made.

The reasons are complex and contain technical, safety and commercial elements. But is it so difficult? A recent IRSE seminar held in Japan learned of the JR East ATACS system that seemed to have very similar characteristics to Level 3 and was already in limited operation, so are there lessons to be learned?

The acronym stands for Advanced Train Administration and Communication System, an English title so clearly the Japanese initiators have an export market in mind. Yuchi Baba described the origins of protected train control in the country. An ATS (Automatic Train Stop) system has been implemented on the nationwide 3’6” lines since 1966, this being equivalent to TPWS in the UK.

The Shinkansen high-speed lines required something better and so an ATC (Automatic Train Control) system was designed in 1964 to give cab signalling with full train protection and has continued in development right into this century. However, with capacity challenges ever present, and particularly on the city suburban networks, something that could give more trains per route without expensive infrastructure additions was demanded.

The result is ATACS, still only deployed on one operational line but designed as a wholly radio-based system with a moving block capability so as to allow trains to close up in densely trafficked areas. The concept of the system originated as far back as 1985 and it has taken time to both develop the technology and obtain a workable result.

Earthquake events in 2011 had some impact on the long timescale owing to the diversion of both finance and resources. Nonetheless, the system is there to see in operation, so what are the technical elements and how does it work?

ATACS is designed to be used as a mixed-traffic railway system. It is entirely radio-based and there are no track circuits or axle counters to give train position information.

Transponders mounted in the track at one kilometre intervals, give position reference points. These are passive devices that operate with a 1.7MHz uplink to the train and a 245KHz downlink that also provides the power for the in-built electronics. A train-mounted odometer measures the distance from the last transponder which, when combined with near-continuous radio communication, gives the train position to the control centre every second.

Movement Authorities (MA) are generated in much the same way as in ETCS but with the brake control profile calculated for each type of train and its position. The system has to cater for level crossing activation, as there will continue to be many of these on the suburban networks for years to come. The position and speed of the train will determine the crossing activation with the MA only allowing passage as far as the crossing location.

Once the crossing is proved closed with the barriers down, a radio message is sent back to the train and the MA is updated to permit movement beyond the crossing. As soon as the train has passed, its onward movement generates the signal for the barriers to be raised. Should anything untoward happen during the train’s approach, such as the detection of an obstacle, then a warning ‘stop request’ can be transmitted.

As in all countries, the allocation of radio spectrum can be difficult since this is a valuable commodity and there are many competing pressures for radio bandwidth. The result is a 50kHz allocation in the 400MHz band for train control purposes and an annual charge is levied. The 50kHz is sub divided into 6.25kHz slots, each of which will enable 12 simultaneous channels to trains in the immediate area of a radio base station using the latest channel sharing technology.

The basic transmission frequencies are arranged in four cyclic channels down the line of route to avoid the problem of co-channel interference in the overlap areas. The fifth base station can therefore have the same frequency as the first on the basis that the two will be out of range of each other. This arrangement ensures that, where lines intersect or in high-density city areas, there is sufficient channel capacity to maintain the required radio separation.

In underground sections, centre-fed radiating cable will provide the necessary coverage, again with adjacent cable sections using a different frequency. The use of radiating cable was pioneered on the Shinkansen lines in the late 1960s where it was used as the means of providing the radio connection between ground and train.

This four-frequency-channel concept was also deployed in Europe in the early 1970s, as described in UIC Spec 751-3.

However, whilst the UIC spec was designed for voice traffic, the ATACS usage is solely for train control and thus the application rules are very different. A 9.6Kbit data rate is used for the transmission of movement authority information and this is sufficient to ensure every train receives a radio message every second.

Permitted powers are three watts for base station transmit and one watt for mobile transmit. Should a train not receive an update message within three seconds, then a brake application is made and the train is brought to a stop.

Whilst the Japanese rail engineers designed the concept as a complete entity, the detailed design for infrastructure and train-borne equipment has been achieved by different suppliers. Hitachi is responsible for the control centre, radio base stations and balises, while Mitsubishi has designed and fitted the mobile equipment to the existing train fleet.

The ATACS application is intended for use on the existing 3’6” lines in heavily trafficked suburban areas and this will involve retro-fitting many older trains. The parentage of these trains, and the knowledge that goes with that, lends an advantage to staying with the original manufacturer.

To achieve successful interworking between the two equipment manufacturers requires the functional and technical specifications to be accurate, particularly regarding features such as the air gap between the track-mounted balise and the train-borne reader, these tasks being carried out by JR East.

Both infrastructure and train- borne equipment is fully duplicated, including power supplies. Fitting the trains involved positioning the equipment in both underfloor and carriage-mounted cubicles with the driver’s cabs having to be modified to include the ATACS and movement authority displays.

So far, only one route has been equipped with ATACS, this being the Senseki line between the city of Sendai and the town of Shiogama to the north east of Tokyo. The line is 18 km long and has required four ground controller positions in the control centre, eight base stations three kilometres apart, and the equipping of 20 trains. As such it is very much a test bed but has been in operation since 2011.

Channel changing is carried out at predetermined points using the on-board map aligned to the distance travelled. Since the introduction into service, an availability of 99.99999% has been achieved – a radio interruption caused a 10-second failure in one six-month period.

In the event of the train equipment failing, the driver is permitted to move the train at a maximum speed of 25kph under instruction from the control centre. The whole system is operated and maintained at the Miyagino depot in Sendai.

The next deployment will be in 2017 on the Saikyo line connecting in to Shinjuku station, which is the busiest interchange in the Tokyo area. Further plans exist to expand the application into the Tokyo suburban areas in the future.

The Senseki line application, despite its incredible reliability statistics, has given hints that a more intense usage in busy suburban areas will require more attention to be given to having stronger radio signals at the point of changeover between base stations. Also, greater care will be needed to mitigate against unwanted radio interference.

Ongoing monitoring of the system continues, using service trains to ensure that no unwanted surprises emerge when ATACS is further rolled out to other lines. All of this represents the thoroughness of the Japanese approach.

So what lessons are to be learned for other railways? ATACS can be likened to a system somewhere in between CBTC (as used on many metros) and ERTMS Level 3. Although claimed to be a system for a mixed traffic railway, it is primarily intended for suburban passenger networks but with a mix of rolling stock designs.

The engineers do admit that the problem of proving train integrity for freight trains would remain a challenge if the system were to be deployed on a truly mixed-use railway, this being a continuing problem for ERTMS Level 3.

Whether ATACS becomes the de facto standard for all lines in the Tokyo metropolitan area is still in debate. JR East has been moving forward to consider the introduction of a proprietary CBTC system from abroad as an alternative.

The allocation of a small dedicated radio band just for train control differs from the current GSM-R practice of a wider allocation of frequencies for track-to-train voice, train control and lineside communication functions. Maybe the thinking as to what might replace GSM-R in around ten years’ time could be influenced by the ATACS approach.

It is evident, however, that a safe and standardised train control system on a busy suburban railway, without track circuits or axle counters and with a moving block capability, is achievable from a multi-manufacturer supply base. It has taken a long time to come to fruition but it perhaps demonstrates that more effort should be put into getting ERTMS Level 3 into production as the savings to be achieved are very considerable.

The decision to resignal the southern end of the East Coast Main Line (ECML) has been well publicised. It is to be part of...
Read more
Digital Railway

From cyber secure to cyber smart: why a broader understanding of cybersecurity is vital to our railway’s resilience

The safety of our railways is paramount. Yet as digital technologies transform our networks, our concept of safety must evolve to include cybersecurity at...
Read more
Digital Railway 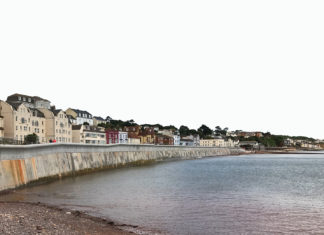 19th April 2021
Railway structures have seen their fair share of violent weather over the years. Now, some of them are nearly 200 years old and yet...

The ties that bind

Carriages inspire next generation of engineers