The evening of 28 June was one of particularly heavy and prolonged downpours across Scotland and Northern England. Widespread travel chaos ensued, with the WCML blocked by flooding and landslides in Cumbria and the ECML blocked by two landslips in Northumberland.

Across western Scotland, torrential rain was falling on already saturated ground and on the West Highland line, about half way along the shores of Loch Treig, a substantial landslide occurred between Corrour and Tulloch stations. At this point the railway runs along a shelf cut into the steep hillside above the shores of Loch Treig. The loch and glen are celebrated for their wild
and majestic beauty and it’s difficult to imagine a more isolated place – there is no habitation and the nearest road, itself little more than a track, is four miles away!

Peering through the rain bleared windscreen of his GB Railfreight (GBRf) Class 66 locomotive, the driver of block freight 6S45 had no means of knowing what lay ahead. His train of twenty four PCA 4-wheel tank wagons was conveying alumina powder from the Alcan dock at North Blyth to the smelter at Fort William, when suddenly the shape of a large boulder loomed into view. It had been dislodged onto the track by a slip on the hillside above the railway boundary.

An emergency brake application had little time to take effect and all the driver could do was hang on as the locomotive and first five wagons were derailed to the left. Crashing though trees and ploughing down the embankment towards the loch, the locomotive came to rest on a natural shelf in the slope.

Although badly shaken, the driver was fortunate to survive this frightening ordeal uninjured. Even his rescue was spectacular, courtesy of a Sea King helicopter from RAF Lossiemouth.

So much for the drama of the incident, but as ever there’s the problem of how to deal with the aftermath. The West Highland line was closed for a week as the derailed wagons were recovered and the track repaired, but just how does anyone deal with a 130 tonne locomotive lodged half way down a 30° slope with its bogies buried in the earth?

A Class 66 is a very expensive item, which would normally be a good enough incentive to attempt a lift, but with rail-only access it was soon clear that there were some major logistical and engineering problems. The steep embankment meant that rail mounted cranes couldn’t safely provide sufficient reach. Various options were considered and discounted, including the strengthening of the embankment and the provision of large concrete crane pads. Winching the locomotive was considered too, but it was decided that there was a real danger of destabilising the track formation.

Rumours and opinions about possible (and impossible) options seemed to abound, including jacking up the locomotive on air bags and floating large recovery pontoons on the loch, but these ideas were never seriously considered.

The discussions on recovery options were nevertheless lengthy and complex, involving Network Rail, various recovery specialists and the insurers of both GBRf and Porterbrook, the owners of the locomotive. Any operation that would deliver an intact locomotive would need to be priced at less than the combined value of the locomotive, plus the cost of its subsequent repair. Alas, it was not to be, as the best estimates for recovery were in the region of £3 million. That, and the suspicion that the locomotive’s main frames were distorted, sealed its fate.

It was decided that the most cost effective solution would be to undertake as much component recovery as possible and then cut up the body shell on site. Number 66734 ‘The Eco Express’ would therefore become only the second Class 66 to be scrapped – the previous casualty being 66521, which was involved in the Heck collision.

Whilst talks took place, the locomotive was drained of all fluids (fortunately the fuel tank hadn’t been ruptured), sheeted over, then netted and tethered by cables to prevent any further movement towards the loch. Cameras were set up to monitor any shift of the locomotive, and so the situation remained until August 2013 when work on site was able to start.

Unusually, the main contractor for the recovery project was Network Rail itself, necessitating some lateral thinking as far as the contractual arrangements were concerned. As Billy Agnew, Network Rail’s scheme project manager explained: “This was a novel position for us, requiring an entirely new approach.

“Initially there was something of a stumbling block caused by the complex contractual requirements and the related legal matters. Network Rail’s solution was to appoint QTS Group as our principal sub-contractor for the project, although in effect they were working on behalf of GBRf and their insurers.” A ten week time slot was allocated for the entire project, which commenced in mid-August 2013.

The lack of road access had the potential to create severe logistical difficulties. Rail access was easy enough, but the problem was how to transfer plant and equipment between rail level and the worksite some 40-metres down the steep embankment. The solution was to construct a 400-metre long hardcore haul road linking a road/rail interchange point with a levelled working area adjacent to the locomotive.

This turned out to be one of the most difficult undertakings of the entire project, as Billy Agnew related: “Consultation with the land owners, Currour Estates, and the owners of the loch, Alcan, was a prerequisite. In addition, the environmental impact was of particular concern. Indeed, this is a responsibility that Network Rail takes very seriously.”

Using road-rail plant, the top soil was carefully removed for later reinstatement, and both sides of the roadway were bunded. Protection of the environment is a feature of all modern engineering projects of the Treig Dam was built to enlarge the existing loch as part of the Lochaber hydro-electric scheme – a project incidentally that involved the diversion of the West Highland Line. To avoid contamination of the water supply and to protect wildlife within the loch an inflatable boom was deployed at the main work site to catch any accidental spillages.

Because of the heavy plant and machinery that would be needed on site, the slope around the locomotive required stabilisation. Gabion baskets were used to create access ramps diagonally up the side of the embankment and to provide a stable working platform adjacent to the locomotive.

It seemed clear from the outset that, due to the constraints of the site, only relatively small pieces could be hauled out. Clearly the disposal of the locomotive would involve a lot of gas cutting, so a scaffolding structure was built along one side of the locomotive to create a series of stepped work platforms. A visitor viewing platform was also constructed and again, gabions were used to provide stable foundations.

Where feasible, reusable parts were recovered before the cutting operation began. Working closely with the project team, Electro-Motive Diesel Inc (EMD), the American manufacturers of Class 66, assisted in drawing up a component recovery schedule. EMD fitters were also provided on site.

It was initially thought that the 22-tonne EMD 710 V-12 engine block would be too heavy to haul out and would need to be cut in situ. In the event however, after removal of the turbocharger and separation of the main alternator, the engine was successfully lifted out by QTS Group engineers as a single unit, complete with its cylinder heads.

Both driving cabs were also separated from the body shell as complete units, although this was largely for convenience, as they were destined for component recovery off site. Other major items recovered intact were the turbocharger and exhaust system, the alternator, the coolant group, compressors and blowers and the electronic control equipment.

Billy Agnew was pleased with the way things went. “QTS did extremely well and special praise should go to Andy Steel, contracts manager, and to Willie Potter, project/site manager. Their work was exemplary and, due to their resourcefulness and a lot of hard work, the ten week work programme was successfully completed in just six weeks.”

Most recovered parts and scrap metal sections were hauled up to rail level using tracked excavators. These components were then moved by rail to Tulloch station where a holding area was set up. Onward transport by road was then the responsibility of GBRf. The final items to be removed from the embankment were the two 3-axle bogies. After digging out, they were successfully hauled to rail level on their own wheels using a Colmar T10000FS tracked crane/excavator. Both bogies were in good enough condition to be re-railed for onward movement to Tulloch station.

The total cost of the project was £1.85 million, which includes remediation works undertaken on the embankment after the locomotive was removed. This cost is, of course, offset to some extent by the high value components that were successfully removed. Finally, the haul road and bunding was lifted and the top soil replaced.

Billy Agnew reported that the land owners were very happy with the result, even claiming the condition of the land was better than before the road construction commenced! It’s worth noting that during the entire project, rail services on the West Highland Line were unaffected – another important cost consideration.

It’s interesting to note too that the name Loch Treig is Gaelic for loch of death – fortunately on this occasion a misnomer, unless we include the locomotive of course. Folklore has it that the loch was the home of the ‘Each- Uisge’, a fierce supernatural water-horse. In his 1893 publication ‘Folklore of Scottish lochs and Springs’ author James Mackinlay wrote that this mythical creature would ‘…tear any interloper into a thousand pieces with his teeth and trample and pound him into pulp with his jet-black, iron-hard, though unshod hoofs!’

For one unfortunate interloping Class 66, a thousand pieces is probably an understatement. Could there be some slight truth in those old tales after all? 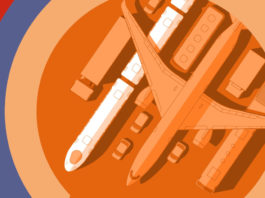 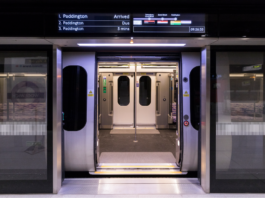 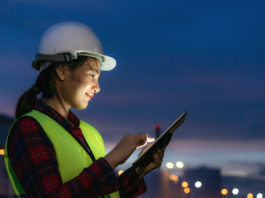