Ask most people if there is any similarity between rail and road signals and, beyond saying that they both use red, yellow and green lights, the answer will be “Not Much”. But is this true? And are there opportunities for technology convergence between the two philosophies? The IRSE explored such possibilities at a recent seminar with some surprising outcomes.

Setting the scene was IRSE President, Francis How, who predicted that a cross fertilisation of ideas will be forthcoming with opportunities for technology transfer and business promotion. The challenge will be to overcome the long-held principles and perspectives that many hold dear.

Bob Collis from the Transport Research Laboratory gave insight into how “the forever-open road and rail” vision may be fulfilled in the future. Several institutions are working on this within Europe, the objective being to ensure transport is always there for the conveyance of people and goods.

Looking back at road history, we have progressed from cart track to paved road to tarmac road to motorway; but what comes next?

The Technology Road is the likely answer being smart, dynamic and intelligent. This will be a difficult change for the infrastructure but will yield many cost savings and benefits. Such things as pre-fabricated surfaces, use of recycled material, in-built drainage, bolt-on lanes, instant crack repairs, condition monitoring, electronic vehicle guidance and driver information systems are all either already designed, in prototype form or well under way with research.

Parallels with rail system development will be obvious to many readers of the rail engineer. The historical development is remarkably similar: cart track with horses to the metal track to powered traction (steam then diesel and electric) to high speed lines; but what comes next?

Future roads will have to be adaptable, automated and resilient with the recognition that present roads will be difficult, if not impossible, to convert. In Holland, ModieSlab prefabricated roads are already undergoing trials and look to be successful; a similar trial with installing a “road on a roll” tended to break up but more development will follow.

The opportunities for convergence of the materials and technology are there to be taken and the big infrastructure companies are likely to drive this. More difficult will be the mindset required to integrate journey and transit opportunities for the mixing of traffic, seamless transfers, automated handling and network optimisation across both road and rail networks. The EU is to reveal future strategy in the form of a White Paper.

Mention road trains to most people and the vision is one of juggernaut lorries with multiple trailers thundering across the American or Australian wilderness. The EU SARTRE project is very different to this, and focuses how to operate “platoons” of up to five vehicles in a safe convoy on motorways and other trunk roads. Tom Robinson, from the Intelligent Transport Systems division of Ricardo, explained how it would work. On the basis that drivers cause 87% of all road fatalities, could a lead vehicle with an “expert” driver be used to control a group of following vehicles in terms of speed, steering, distance separation and fuel efficiency? This could free up the other drivers to make calls, work on a laptop, read paperwork or simply relax. All of this would need to be feasible on existing roads.

The transmission of information between vehicles in this “road train” would be by radio and both the Lead Vehicle (LV and expected to be a lorry) and Following Vehicles (FV) would need equipping with sensor and driving control equipment as well as having an automatic gearbox. Seven companies from UK, Sweden, Germany and Spain have formed a consortium to develop the trial which will take place in Spain later in 2012. Many operational scenarios have to be taken into account: how to join or leave a platoon, obstacle avoidance, emergency stop, differing road conditions, loss of radio signal, as well as all the human factors that conceivably could disrupt the continuity and safety of the road train.

Interesting as it is from a technological viewpoint, one could not help wondering whether any investigation had been done into whether the average motorist would accept the concept. The subsequent discussion had very mixed views on this but perhaps only when the trial has taken place can these questions begin to be answered.

One good example of the crossover between road and rail is the new Heathrow Terminal 5 Pod system. This links the car parks to the terminal and consists of a rubber-tyred steerable vehicle on a dedicated concrete track. It is completely automatic in operation and is controlled by what is essentially a modern railway-type signalling system.

Developed by Ultra Global PRT, it offers personalised transit from two car park “stations” for anyone arriving by car. The four-person vehicles, known as Pods, travel via a dedicated guideway on an elevated viaduct.

Once a traveller pushes a call-button at a station, a Pod will arrive normally within two minutes, being directed off the main track into the terminal platform. Inside the pod the Pod, the passenger selects the required destination and the Pod reverses out onto the main track and proceeds on its way. All completely automatically.

The track is a narrow concrete roadway equipped with four lasers either side to track and control vehicle movement. A central control provides all the movement instructions and interfaces with a track-based Automatic Vehicle Protection (AVP) system that gives the safety integrity.

Each Pod is equipped with a guidance and navigation system that includes a “health check” to ensure that the vehicle is performing correctly. 20 Pods are provided on this small network, each being capable of a maximum speed of 25mph.

As soon as a destination is selected, the system checks that space is available at that point and a direct route is programmed. With stations sited off the main track, this prevents incorrect egress by passengers at any intermediate point. Induction loops disable the space behind a moving Pod to achieve a guaranteed vehicle separation and a 6.4 second headway is obtained.

The Pods are fitted with rubber-tyred wheels and have air conditioning, powered doors and emergency egress. They are powered from conventional lead acid batteries and floor mounted charging points at stations enable a quick top up. The system is clever enough to monitor / predict usage and capacity peaks, so empty vehicle movements are programmed in from time to time to ensure minimum waiting times.

The contract for Heathrow T5 was let in 2007 with the system being commissioned in 2011 after extensive usage testing. 350,000 passenger journeys were made in the first year. An average 99% performance availability has been achieved to date with 99.8% reliability in both track and vehicles for the overall journey time of 11 minutes. The system has replaced all bus links to and from the T5 car parks, is much more efficient in terms of energy usage and has freed up road space around Heathrow.

Commercial Off-The-Shelf (COTS) equipment is low cost by design and made by more than one manufacturer. Can such equipment be used in railway safety-critical control and communications equipment, be it for road or rail systems? This was the question posed by John Slinn from Park Signalling, one of the smaller rail signalling companies that have emerged over the last decade. Seeing how commoditisation has impacted on devices such as Satnav and other traffic information systems in the road sector, why cannot similar technology be applied to rail? Signalling is basically a means of ensuring the safe passage of trains and, to do this, it must interlock signals and points, deadlock points and prevent multiple trains from entering a block section or conflicting route. A railway signal is a means of communication to the driver.

If COTS equipment were to be used for these functions, it would be difficult to apply conventional safety techniques. The safety certification time would probably exceed the product lifetime and any upgrades may require re-certification. Thus cheapness may be offset by costs associated with the short product life. To untangle this conundrum, a going-back-to-basics approach is needed, which may necessitate defining suitable types of systems for different categories of railway lines.

The Park Signalling system is known as VLS (Virtual Lineside Signalling) where encryption of information sent to the driver’s cab is used as the basis of system safety, rather than the use of high integrity hardware. Commercial 3G networks are used for the intermittent communication of information between track and train with radio frequency ID tags (RFID) placed in the ballast to give positional information to the train. An in-cab monitor displays the equivalent of lineside signals. This could be a commercial laptop, thus overcoming the logistic and expense problem of rolling stock fitment.

The use of COTS products will keep costs low. The system is not envisaged for high density or high speed lines but might be suitable for secondary or freight only lines, maybe even as a temporary signalling system during remodelling work.

All this sounded remarkably similar to the ERTMS Regional (Level 3) system being trialled in Sweden (the rail engineer issue 82, August 2011). Whilst COTS based technology may be cheaper, ERTMS equipment will be compatible with all other ERTMS equipped lines and rolling stock thus facilitating interworking. That said, full marks to Park Signalling for progressing the idea of adapting COTS equipment for rail use, a concept that recently won the Innovation Award at the RIA annual Technology and Innovation conference.

Understanding the fundamental differences between road and rail technologies necessitates defining the features of automatic and autonomous systems, and which decisions are to be made by humans and which by machines. A presentation by Stewart Webb of BAE Systems looked at the differences.

For aircraft, autonomy of around 97% is normal even allowing for the nuances of certification and flight clearance. Road vehicles are autonomous in operation whereas rail transport is largely automatic in nature. Indeed driverless metros are by definition fully automatic. Regardless of transport mode, the acquisition of data and the fusion of such data is the key to making safe decisions on vehicle movement. Technologies are being developed, currently mainly in the military, for changing the automatic / autonomy balance and both road and rail sectors need to be aware of the opportunities that could emerge.

The FASSI system now used on the Tyne & Wear Metro (NEXUS) incorporates an Electronic Train Running Board and Energy Meters to give re-iterative advice for timekeeping and energy wastage to drivers by an in cab screen showing information on timetabling and driving accuracy with feedback, punctuality reports in real time, and interchange information.

Whilst rail is developing improved Driver Advice Systems (DAS), and road is majoring on telematics for driver performance, there is considered to be clear scope for knowledge transfer between the two modes.

Neil Ridley, Director of the Transport Knowledge Transfer Network, reviewed the day’s discussions. Information availability is key to all transport success and a huge explosion of data is now happening. However, the challenge is to capture and use the right data for the support of transport needs and users.

Both road and rail transport will be needed for the foreseeable future and wherever possible, a converging of the respective technologies so as to maximise efficiency and reduce cost must be a goal for both industries. 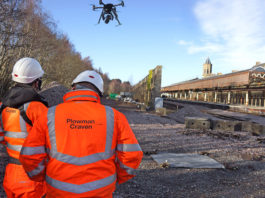 Plowman Craven invests over £1 million to offer dual-capabilities to the... 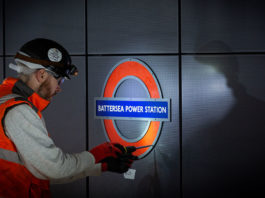