Russian Railways back in Berlin

With its vast collection, finding your way around the British Museum is difficult. Some readers may recall the Radio 4 series “A history of the world in a hundred objects” which featured key exhibits and, if used as a focus, made visiting the museum far less intimidating.

Berlin’s InnoTrans, the world’s biggest rail trade fair, is also vast and intimidating with 2,500 exhibitors over 81,000 square metres and 3,500 metres of sidings. So it helps to have a focus. For the rail engineer, this was provided by Russian Railways (RZD) in the form of an invitation to attend both InnoTrans and a conference entitled “Railway Engineering: A Spingboard to a Closer Partnership between 1520 & 1435”.

As is often the case, an invitation from Russian Railways offers an opportunity to speak with RZD President, Vladimir Yakunin, who is to be the next UIC Chairman. On RZD’s InnoTrans stand he fielded questions from a media scrum in his usual frank manner. Perhaps his most significant announcement was that there will be no new high speed line between Moscow and St Petersburg for the 2018 World Cup. Yakunin was confident that the line would be built but explained that construction awaited new funding arrangements for its estimated €17 billion cost.

Even without a high speed line, trains have been running at up to 250 km/h between Moscow and St Petersburg since 2009. These are ten-coach Siemens Sapsan trains, derived from the German ICE 3 train but designed to suit the 330mm wider Russian loading gauge and winterised for -50oC. In May 2009, a Sapsan running at 290 km/h became the fastest train in Russia.

Alstom also have fast trains running in Russia (and Finland), with its 220 km /h Allegro reducing the St Petersburg to Helsinki journey from 6 to 3.5 hours. These trains have been provided to Karelian Trains, a joint venture of RZD and the Finnish railways, and are a dual voltage 3kV DC/25kV AC Pendolino variant.

Despite the sidings being standard gauge, there was some Russian rolling stock to be seen. In fact, it was difficult to avoid the new Lastochka EMU. It towered above all the other trains on display, being 0.5 metre higher that UIC standard gauge and resting its 1520mm gauge bogies on standard gauge wheel skates. Getting this train to InnoTrans had involved a 360 mile road journey from Siemens’ Krefeld factory, with bogies and all underframe components removed for re-assembly on site. The Lastochka is described in more detail in issue 94 (August 2012) of your favourite railway engineering magazine.

There was one other Russian coach on display, albeit within UIC gauge on standard gauge bogies. This was a dual-gauge sleeping coach, one of 200 now rolling off Siemens’s Vienna production line which have sets of both 1520mm and 1435mm bogies, designed for rapid bogie change at the break of gauge.

They are currently subject to certification tests in Russia and Europe, having been designed to meet both European TSIs and GOST standards applicable to the Commonwealth of Independent States (CIS). They show RZD’s intention to increase rail passenger traffic between Moscow and Europe, something further demonstrated by this year’s agreement with Talgo for 200km/h sleeper trains with Talgo’s automatic gauge changing system which changes wheelset gauge at slow speed. Talgo are clearly hopeful that this will result in further orders.

Alstom’s president, Henri Poupart-LaFarge, described their involvement in Russia at his press conference. This included UNIFE’s predications that, despite the recession, the rail market will grow by 2.6% in the next five years, and by 4.5% in the CIS. Part of Alstom’s strategy is becoming closer to customers, so he described how Alstom has sent 200 engineers to its Russian partner Transmash Holding (TMH) in a collaboration that has been far more successful than had been hoped for. His engineers are working with TMH to develop the best technology, with no distinction of where it was coming from.

In 1996, Bombardier was the first European company to establish a joint venture with RZD following which they have installed EBILock 950 computer-based interlocking systems at 118 locations in Russia. In 2010, Bombardier purchased a stake in RZD’s manufacturing subsidiary Elteza, Russia’s largest signalling manufacturers, in one of the first examples of the privatisation of a RZD subsidiary. In July this year, Bombardier signed an agreement with Uralvagonzavod (UVZ) to jointly develop and produce metros and trams and to provide UVZ with a licence to manufacture Russian trams using Bombardier’s low-floor tram technology, FLEXX bogies and MITRAC traction control systems.

The engineering conference was advertised as a partnership of 1520 and 1435 manufacturers and was introduced by RZD’s senior vice president, Valentin Gapanovich, who focused on localisation and harmonisation of railway technical standards across the two gauges. Sitting next to each other, the Alstom and Siemens presidents described their rolling stock partnerships and how these were intended to develop Russia production capability.

Subsequent speakers described the development of the Russian supply chain to support this localisation, with companies such as SKF, Euro Group and Knorr-Bremse supporting their Russian partners to produce specialist components. This includes the introduction of IRIS (International Railway Industry Standards) certification, currently held by seven Russian companies with a further 72 working to achieve it.

Gaponovich made it clear that harmonisation of railway standards between the CIS and Europe was a very real issue, despite the different gauge and rolling stock. Non-technical standards, such as tariff barriers and customs practices, can reduce the competitiveness of international rail freight. Common rail technical standards are becoming increasingly important with the increase in passenger and freight traffic across the break of gauge. Specific examples are rules for the transportation of dangerous goods, automatic gauge changing systems and electromagnetic interference from sleeping coaches. Although much has been done, international working groups still have to resolve a number of issues.

Reaching out for each other

Russia offers a huge rail market with RZD’s development plan requiring 23,300 locomotives, 996,000 freight wagons and 29,500 passenger coaches by 2030. Although this is a great opportunity for European rail manufacturers, penetration into this market requires partnerships with Russian companies and consequent technology sharing. Thus the partnership between 1520 and 1435 is very real, despite the barriers of gauge and language.

This is not to say that Europe cannot learn from Russia. For example RZD’s stand at InnoTrans had displays on GPS used both with in-cab signalling and for intelligent traffic control systems and rolling stock energy management systems – RZD consumes 5% of Russia’s electricity.

So far as Russia is concerned, the key message from InnoTrans was that RZD and Europe are reaching out to each other. No doubt this will be accelerated by Yakunin’s forthcoming UIC chairmanship and his vision of a truly global rail network. 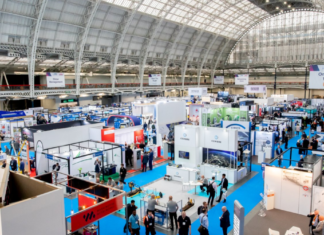