In 1972, British meteorologist John Sawyer published his paper Man- made Carbon Dioxide (CO2) and the ‘Greenhouse’ effect. This concluded that “despite the enormous mass of the atmosphere and the very large energies involved in the weather systems which produce our climate, it is being realised that human activities are approaching a scale at which they cannot be completely ignored as possible contributors to climate and climatic change.”

The paper highlighted the exponential rise of the production of greenhouse gases, and accurately predicted the rate of global warming up to 2000. There are various greenhouse gases of which the most significant is CO2. The term CO2e is that used to denote the CO2 equivalent of all emissions.

This, and other scientific papers published in the 1970s, led to increasing acceptance of the need for action to tackle the dangers of climate change. 1997 saw the world’s first legally binding climate change agreement, the 1997 Kyoto Protocol. This committed industrialised countries to reduce their greenhouse gas emissions in 2012 by 5 per cent of their 1990 levels.

In response, Britain enacted the 2008 Climate Change Act which give the Secretary of State a duty to ensure that, by 2050, emissions are at least 80 per cent lower than the 1990 baseline.

The Treasury published its Infrastructure Carbon Review in 2013, which aimed to “make carbon reduction part of the DNA of infrastructure in the UK”. Its recommendations have the potential to save up to 24 million tonnes of carbon (5 per cent of UK total) and save £1.5 billion a year by 2050. This last figure perhaps explains why it was published by the Treasury rather than the Department of the Environment, Food and Rural Affairs.

To promote high environmental and social performance in civil engineering projects, the Institution of Civil Engineers, with Government support, developed their Civil Engineering Environmental Quality scheme (CEEQUAL). This is a sustainability assessment and awards scheme that was launched in 2003. Since then, it has assessed hundreds of projects with a value of work exceeding £30 billion.

Practical guidance on carbon reduction is provided by PAS (Publicly Available Specification) 2080 ‘Carbon Management in Infrastructure’, developed by the Construction Leadership Council’s Green Construction Board (GCB). For infrastructure assets and programmes of work, this provides a framework for the management for both carbon emissions and embodied carbon.

Network Rail’s sustainable development strategy includes requirements for carbon reduction. This is specified in the Control Period 5 High Level Output Specification (HLOS) and includes the need to measure, monitor and seek to reduce embedded carbon, which is that used in the production of materials and services.

In 2014, Network Rail and 40 of its main suppliers signed a Sustainability Charter to advance sustainability standards. This required a reduction in emissions, including championing the use of alternative materials and technology, to reduce embodied carbon – a goal that will be included in Network Rail’s contract requirements.

Transport for London (TfL) is reducing its contribution to climate change to support the Mayor’s ambition of London becoming a zero-carbon city by 2050. To do this, TfL is taking action to reduce its carbon dioxide emissions by 60 per cent by 2025 (from 1990 levels), including reducing project embodied carbon.

For Crossrail and HS2, sustainability is a high priority. Considering carbon at the early design stage enables these mega-projects to achieve significant carbon (and cost) reductions for both construction and operation. Crossrail’s operational energy usage will be minimised by a vertical track profile that aids deceleration and acceleration, responsive escalators, specially developed LED lighting and lightweight energy-efficient rolling stock. Crossrail has so far achieved an 11 per cent reduction in embodied project carbon against its baseline. This is mainly due to reduction in construction materials and the amount of cement used in concrete, subject to cement performance requirements and curing time.

Project construction is estimated to generate 1.7 million tonnes CO2e, against which the carbon footprint model indicates annual operational CO2 savings of between 70,000 and 225,000 tonnes, largely due to car journey replacement. Crossrail estimate that, after 9 to 13 years, the project will provide net CO2 savings.

The construction carbon footprint for HS2 Phase One is estimated to be between 5.3 and 6.5 million tonnes CO2e. Some of this is from the construction of tunnels and earthworks as mitigation for environmental noise and visual amenity. Operational emissions are estimated to be a net 3 million tonnes CO2e over a 60- year period taking into account modal shift, mitigation from planting two million trees and freight benefits from released capacity on the classic network. Emissions per passenger kilometre from high-speed rail, inter-city rail, car and plane are estimated to be respectively 8, 22, 67 and 170 grams of CO2e.

49 per cent of the embodied carbon for the construction of a high-speed railway comes from steel while 28 per cent is from concrete. HS2’s opportunities to lower embodied carbon include maximising opportunities to re-use excavated material on site, the use of 4-D modelling to plan efficient logistics with low carbon modes such as rail and development of new materials including sustainable concrete.

The management adage “You can’t manage what you can’t measure” is certainly true for embodied carbon, for which no meaningful action can be taken unless a project can quantify the impact of design decisions and construction methodologies. To meet this requirement, Atkins developed its ‘Carbon Knowledgebase’ in 2008 and used it on various rail projects up to 2014.

As part of its sustainable rail programme, RSSB set up a project to provide the carbon measurement tool that was essential for the achievement of the embedded carbon requirement in the Control Period 5 HLOS.

This project considered whether a new model was a requirement or if any known products could be adapted. After reviewing 60 tools, the Atkins ‘Carbon Knowledgebase’ was selected to become the Rail Carbon Tool. Bought on industry’s behalf by RSSB with co-funding from Network Rail, and launched in 2015, it now has over 300 users and is managed by a cross- industry working group including Network Rail, TfL, HS2 and Crossrail.

The Rail Carbon Tool is a web-based tool that uses centrally available carbon factor data to assess embodied carbon for all aspects of project construction. This can then be used to determine carbon hotspots (items that account for a large proportion of construction) and evaluate low-carbon options. However, this needs to be done at an early stage of the project if significant savings are to be achieved.

It is free to use and, as a web-based tool, is reasonably intuitive. However, to get the best use of its comprehensive functionality, it is best used by a dedicated individual who has been trained in its use. RSSB’s sustainable development specialist, Michelle Papayannakos, has no doubts about the benefits of the Rail Carbon Tool and feels every project should use it as it “is freely available and can really help reduce carbon and associated costs.”

Phase two of the East West Rail project includes the re-opening of a 21km mothballed railway to link Oxford and Cambridge. Its head of environment and sustainability, Lucie Anderton, is a fan of the Rail Carbon Tool which the project has been using since GRIP2. They are now using it for option selection and development in GRIP3. She noted that “the carbon analyst really enjoyed using it, it’s been the right tool which gives the right level of detail and provides confidence about the information provided.”

The project’s carbon footprinting report shows that, at the current state of development, the breakdown by design element of embodied carbon is as shown below.

Interestingly, the high percentage of civil engineering carbon does not relate to bridges and earthworks, but to palisade fencing which accounts for 35 per cent of the project’s currently estimated emissions. Lucy advised that, during GRIP 4, the project will be considering how to reduce this and other carbon hot spots.

In a footbridges carbon assessment study, the weight and embodied carbon of footbridges built with different materials was determined as shown in the table below. This demonstrates that the lowest carbon option is by far the heaviest bridge type. Thus it may be that, when other factors such as possession working are considered, the concrete bridge is not the optimum solution. For this reason, it was recommended that the use of other recycled materials should be investigated. For example, in the United States, a railway bridge made from 100 per cent recycled plastic has been constructed to support the weight of a 130-tonne locomotive.

Network Rail projects that reduced their carbon footprint include the Reading flyover, which achieved a 15,000 tonne CO2e reduction through a value improvement process, and the Great Western electrification programme’s Broadtown Link Road, which saved 285 tonnes by importing 67,000 tonnes of aggregates rail freight. TfL’s major station upgrade at Camden is the first to specify carbon reduction as a contract requirement. The project has identified sprayed concrete as a hotspot accounting for 37 per cent of its embodied carbon.

Rail is already a low carbon transport mode and has the potential to reduce carbon emissions by increasing its modal share. However, this is no reason to be complacent as there are significant opportunities for the industry to do more, including embodied carbon savings on infrastructure projects such as the East West Rail project. Moreover, some of these opportunities apply through the network.

No doubt there are opportunities in both the UK and abroad for suppliers that can develop low-carbon fencing and footbridges. This is an example of the way that a low carbon approach could stimulate innovation, making suppliers more competitive both at home and abroad. Reducing carbon also saves money and so helps project teams that are accountable for budget and timescales.

In developing the rail carbon tool, Atkins and RSSB have provided the means to reduce embodied carbon. It is now for the industry to ensure its widespread use on rail projects and develop increasing awareness of techniques to save embodied carbon.

Perhaps the last word should go to RSSB’s Michelle Papayannakos, who wants projects to visit www.railindustrycarbon.com where they “can log on, register for free and start calculating their carbon emissions almost immediately.” 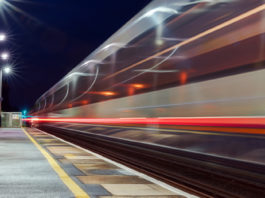 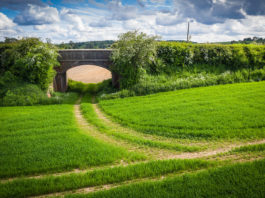