All too often, the UK rail scene is compared unfavourably with countries in continental Europe. But is this fair? Or even true?

The Institution of Railway Signal Engineers (IRSE) holds an annual international convention to look at practices elsewhere, which in 2014 took place in Lyon, the second city of France. The current IRSE President is M Christian Sevestre, a senior engineer in SNCF, so showing off the latest in French technology was a natural expectation. The five day excursion yielded some interesting concepts but left delegates with an overall impression that rail engineering is now conducted on an international scale with the UK being well up in the drive for innovation.

Although bigger than the UK with 14,000km of route, the organisation of the rail network has considerable similarities to that in Britain. The infrastructure is entrusted to RFF with SNCF remaining the principal train service provider. The latter is not a monopoly and several other train companies provide services in the regions. SNCF also specifies the ongoing modernisation plan, which includes both track and train elements.

This split of responsibilities is contentious with French trade unions lobbying for a return to a single structure. The latest public disclosure of new trains being too large for the loading gauge is an embarrassment for the two organisations and the weaknesses within the standards regime.

A big difference is the French high-speed network with lines radiating out of Paris in all directions and with four more lines under construction. Yet even this must be taken in context: the high-speed lines attract 300,000 passengers per day whereas the Paris suburban lines carry 3.2 million, excluding the Metro and other non-SNCF networks. Thus, as in Britain, the real challenge is one of capacity and how to get more trains running on the existing infrastructure.

France has problems in getting finance for track doubling / quadrupling and thus new signalling and associated technology are perceived as the means of getting more trains on the network. As Christian Sevestre commented, signalling is the interface between train and track, thus leading to his Presidential theme ‘from Signalling to Systems’.

France has long been in advance of the UK in the development and provision of train protection systems and has four basic home grown products:

Adding to these comes ETCS Levels 1 and 2, with Level 1 being primarily there for the international freight corridors.

With signalling technology not likely to change much in the near future, emphasis is being put on getting more out of the existing systems. Introducing Traffic Management Systems (TMS) mirrors what is going on in the UK but the French are more advanced with 14,000km of network already equipped. An upgraded system is being developed for high density suburban lines around Paris and other cities based on emerging CBTC (Communications Based Train Control) technology. Britain will be well advised to see how the French use TMS to deliver a more effective train service.

Other initiatives have a familiar ring to them: remote condition monitoring to predict failures before they actually occur, adjusting maintenance needs to the different sections of route/track, using 3D scanning technology for aiding track maintenance and positioning of structures, and the centralisation of heavy works programmes. All good stuff but nothing revolutionary.

The realisation is that passengers need a reliable end-to-end journey with seamless interchanges and constant accurate information. Twenty years of rail privatisation in the UK have accrued massive benefits in terms of passenger focus and the French are a long way off matching this.

Satisfying a growing demand for commuter services into big cities is as much a problem for France as elsewhere. The foresighted building of the RER cross-city lines in Paris from the 1970s onward, and recent new Metro construction (Line 14) plus other major cities construction of metro networks, has not been enough to keep pace with the continuing growth in passenger numbers. Couple this with the demand for enhanced safety and lower cost of operation, the challenge again falls to the S&T engineer for a solution.

CBTC systems have provided much greater train throughput but the lack of any standardisation between systems is seen as a drawback. Achieving complete ATC (Automatic Train Control) is a combination of ATP + ATO +ATS (Protection + Operation + Supervision), but these need to be considered in conjunction with all other systems, such as radio, communications and power supply.

The growth of urban systems often leads to metros and main lines having to share the same tracks at some point and thus the French see the need to develop CBTC into an open rail environment, impacting on both train-borne and infrastructure equipment. Whether to use fixed or moving block, how to provide a common driver machine interface, standardising control instructions – these are all things that operators, engineers and industry seem unable to get to grips with.

All the big signalling companies offer CBTC systems but, whilst the end train service result is broadly similar, the engineering solutions are all different. It is all too easy to blame the companies for not appreciating the need for standardisation and interoperability but no real organisation exists to drive the requirement forward.

There are signs that the next generation of CBTC offerings will take a wider look at future needs. Ansaldo believes that technology and safety will not be a future-differentiating factor as these are assumed to be a ‘given’.

The ability to supply systems in a faster timescale and with minimum disruption to existing train services could be the deciding factor. Achieving this will require a constant iterative approach to co-ordinate customer and supplier expectations. A design mistake not identified at the early stages will have long term and expensive implications as the project progresses.

Operations, design and safety case progression are all interactive, where changing one element will impact on the others. This chain re-action is rarely picked up.

New initiatives to improve the performance of metros will always emerge and Alstom suggest the way forward is to move from centralised control to train-centric operation. The complex information flows to route trains via a central control unit, with ATO bolted on as an overlay, make validation and safety of the system more difficult, thus adversely impacting on availability and performance.

A new architecture is suggested based on two fundamental concepts: track securing to be ‘booked’ directly by the train including an on-board interlocking; train spacing to be controlled by direct train to train communication. Each train will request its onward route by communicating to a trackside object controller which will change points and permit a movement authority. Trains will effectively signal themselves with no interdependency on trackside equipment, thus needing less signalling infrastructure, line extensions are made easier, turnback / train coupling activities are simplified, headway and operational margins are improved. The first deployment is to be in Lille.

The idea is somewhat controversial but in reality is it not a more sophisticated version of how trams and trolleybuses were routed a century or so ago? This French initiative will be watched closely across the world.

Signalling in the Future

There are many predictions as to what signalling (more correctly control) systems will look like in future decades. Jacques Poré, a past president of the IRSE, looked at how this is currently being studied. Three main groupings are at work:

These represent the short, medium and long terms. UNISIG and the ERTMS Users Group are well established, primarily to get ERTMS and its component parts into a unified state with reliable hardware and workable interoperability. The principal ongoing activities are developing an ATO package to work over ETCS Level 2 (being led from the UK on the Hertford Loop test site in readiness for the central section of Thameslink), getting the GSM-R bearer to work with packet switching using GPRS, and improving the ‘key’ management for managing train identities and calling numbers.

NGTC is aimed at getting a train control system that fits both main line and urban routes. Work to date concentrates on analysing the similarities and differences of existing systems to reduce the requirement gap. Strong interest exists from manufacturers to rationalise product ranges and development efforts. NGTC is included in the EC Seventh Framework programme with €10.6 million funding until Aug 2016. Nine work packages will include IP based radio and satellite positioning

Shift²Rail is a much wider initiative with technical concentration on advanced traffic management systems, cost efficient technology for signalling, energy and mass efficiencies, seamless ticketing and freight integration. Sixteen founder members are involved with many more associated signatories including universities.

All of these have implications for France and the UK. The committee / grouping structure will be important to prevent individuals drilling down into the minutest detail and the pursuance of national interests.

Like many French provincial cities, Lyon has pursued a vigorous investment in local public transport with electric-powered vehicles being a core strategy. Thus metro, tram and trolleybus feature prominently, all owned by the local authority with a €1 billion annual budget. The city claims to offer the best value for money in France (and probably in Europe) with the result it has many visitations and conference hosting. Transport is seen as a major factor in commercial development but keeping abreast of technology is essential to maintain this thrust.

The statistics are impressive: four metro lines with 23 trains, five tram routes having 85 Alstom Citadis trams, nine trolley bus routes, two funiculars and 108 bus routes generate 1.5 million journeys every day. The operation is contracted to Keolis on a six-year contract worth €1.9 billion, including responsibility for both infrastructure and rolling stock maintenance.

Whilst the modernisation of UK urban transport has progressed significantly over the past 30 years, with many cities now having modern tram networks, the country has a long way to go to catch up with France.

Fascinating as it was to see broad-order French rail engineering, it would be an illusion to think that Britain is a second rate player in terms of rail transport. Even a visit to the depot where the French high speed measuring train is stabled (IRIS 320), of which they are very proud, shows that it is little different to the British equivalent, Network Rail’s New Measurement Train, (issue 98 Dec 2012), which has the added advantage of being diesel powered with a go-anywhere capability.

Certainly the French high-speed network is impressive with many lines now in service or under construction, and it is a vain hope that the UK could ever mirror that. Away from these prestige services, the privatised UK railway offers a train service that is probably second to none in Europe and covers main line, suburban and rural route operation.

UK engineering also shows pioneering spirit, with technologies such as modular signalling to reduce cost, that just don’t seem to be there in France. In safety, the analysis and certification of new systems tends to be an international business with firms competing for business on a European and even worldwide scale. Examples were given as to how this is managed in France but with no surprises in terms of the processes involved.

So, you British engineers, hold your heads up high and be aware that you are on a par with the best in Europe. 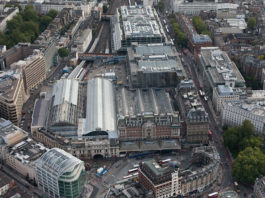 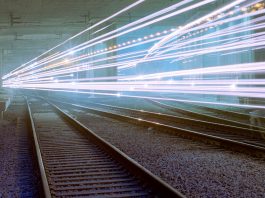 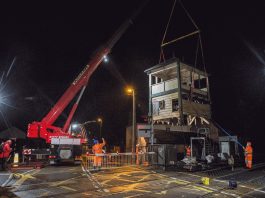