The Rail Accident Investigation Branch has announced that it is looking into the derailment of a passenger train at Bognor Regis on 22 October.

At about 05:11, the 05:05 service from Bognor Regis to Littlehampton derailed on departing from Platform 4. The train was travelling slowly at the time. There were around 15 passengers on board, all of whom evacuated via the rear portion of the train, which was still in the platform. The derailment resulted in some damage to a set of points, and no injuries.

RAIB has undertaken a preliminary examination into the circumstances surrounding this incident and publish a safety digest in the next few weeks.

Nigel Wordsworth BSc(Hons) MCIJhttp://therailengineer.com
SPECIALIST AREAS Rolling stock, mechanical equipment, project reports, executive interviews Nigel Wordsworth graduated with an honours degree in Mechanical Engineering from Nottingham University, after which he joined the American aerospace and industrial fastener group SPS Technologies. After a short time at the research laboratories in Pennsylvania, USA, Nigel became responsible for applications engineering to industry in the UK and Western Europe. At this time he advised on various engineering projects, from Formula 1 to machine tools, including a particularly problematic area of bogie design for the HST. A move to the power generation and offshore oil supply sector followed as Nigel became director of Entwistle-Sandiacre, a subsidiary of the Australian-owned group Aurora plc. At the same time, Nigel spent ten years as a Technical Commissioner with the RAC Motor Sports Association, responsible for drafting and enforcing technical regulations for national and international motor racing series. Joining Rail Engineer in 2008, Nigel’s first assignment was a report on new three-dimensional mobile mapping and surveying equipment, swiftly followed by a look at vegetation control machinery. He continues to write on a variety of topics for most issues.
Previous articleTunnelling completed at Bank Tube station
Next articleNew ‘look and feel’ for Eastbourne station

The Tonbridge-Hastings line was built by the South Eastern Railway company in the early 1850s ‘as economically as possible’ using a contractor whose expertise...
Read more
Electrification

TRS Become the First Hirer In The Rail Sector To Switch to HVO Fuel.

Total Rail Solutions, the complete rail service provider, has made a significant announcement that will see the company become the first hirer in the...
Read more 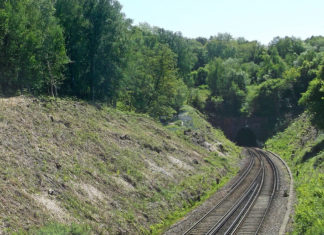 24th June 2021
The Tonbridge-Hastings line was built by the South Eastern Railway company in the early 1850s ‘as economically as possible’ using a contractor whose expertise...

TRS Become the First Hirer In The Rail Sector To Switch...