Hendy Review: Majority of projects will be delivered in CP5

Network Rail’s new chairman, Sir Peter Hendy, has published his 43-page report for the Secretary of State for Transport on the company’s investment programme.

When he was appointed in July 2015, Sir Peter was asked to conduct a thorough review of the enhancement programme in England & Wales to see what can be delivered in an affordable and timely way within the funding period to 2019.

In his report, Sir Peter recognises that the enhancement and investment programme in railway control period 5 (2014-19) is larger than any previous programme. However, for a variety of reasons, the cost and timescales on a small number of significant enhancement projects have increased beyond expectation. He concludes that these causes have included over optimism on costs and timescales, inadequate planning processes both within and outside Network Rail, and changes in scope during development and delivery.

While the vast majority of projects are being delivered on time and on budget, there are a small number of projects for which the forecast cost estimates are significantly higher than originally assumed, particularly the electrification projects and several projects where the scope was poorly defined at the outset.

Sir Peter recognises that there are two principal issues. Firstly, there was inadequate planning and scope definition of a number of projects in their early phases. Secondly, there was poor cost estimating, particularly on electrification projects. Network Rail has not carried out any electrification of significance for 20 years, so there was limited information to support cost estimates.

Around 80 per cent of the cost increase relates to five programmes. These are electrification schemes which were still in development when ORR concluded its review of Network Rail’s 2014-19 plan. The cost of schemes that were already well developed represent around 10 per cent of the increase, with the majority of this relating to the Thameslink programme. The remaining 10 per cent includes activity that was rolled over from CP4 for delivery in CP5 and additional scope that the DfT has requested since the start of CP5.

To address this budget shortfall, Network Rail will reduce renewals activity which can be managed safely and does not create a backlog that cannot be caught up in subsequent control periods. It will also divest itself of £1.8 billion of non-core assets including retail units, spare capacity on telecommunications networks and activities such as depots.

Most of the originally planned projects will still be delivered in CP5 and work on electrification of Transpennine and Midland main line has restarted although both programmes will be completed later than was originally planned.

In addition, there are a small number of projects where the planned benefits are expected to be delivered slightly later than originally planned. Many of these programmes were in the early stages of development with incomplete scope definition when the original plan was produced.

Sir Peter concluded: “The Government has demonstrated in its funding commitment that it is completely committed to modernising the nation’s railways to enable sustained economic growth, job creation and to build homes. Network Rail will do its utmost to deliver the improvements set out in this report.”

RE Writerhttp://therailengineer.com
RE Writer
Previous articleIssue 134 – December 2015
Next articleElectrifying Denmark 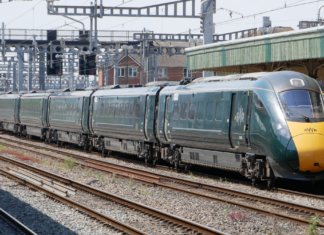 28th June 2022
In Issue 195 (March/April 2022) Rail Engineer reported on a February 2022 Institution of Mechanical Engineers’ seminar which examined the factors that might lead...