Home Rail News Have you heard the whisper about new developments to WSPER? 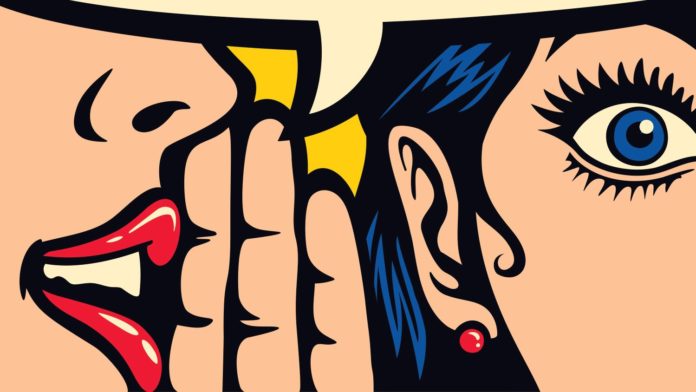 Your writer first became aware of WSPER (Wheel Slide Protection Evaluation Rig) in the 1990s. It is a method of carrying out type testing of wheel slide protection systems (WSP) using ‘hardware in the loop’ simulation techniques, which were described by Nigel Wordsworth in issue 123 (January 2015). (see box)

It is notoriously difficult to test WSP systems thoroughly on track. Reliably delivering low adhesion, obtaining sufficient access time and managing the risk of wheel flats are all issues making track testing difficult to organise and, even then, the quantity of data obtained is usually quite limited.

In the late 1980s, BR was experiencing high levels of wheel tread damage on BR-designed WSP equipment and the then brakes engineer, Brian Nicholas, believed there was a better way of testing WSP than by applying soapy water to the track. The need to understand the former provided the opportunity to initially develop the WSPER.

Thus, in 1988/9, WSPER was created by BR Research (sold to AEA Technology and later became DeltaRail). When DeltaRail decided to leave that part of the rail market, the rights to WSPER moved to ESG Rail (now called DB ESG – part of DB Systemtechnik).

Moving forward 30 years, it was on a rather autumnal day in June 2019 that Rail Engineer and other guests visited DB ESG’s office in the Railway Technical Centre (now called RTC Business Park) in Derby to hear about the latest developments with WSPER on, more or less its 30th birthday celebration, and to view the new, bigger and better WSPER facility. Guests included representatives from companies who use WSPER and, as guest of honour, one of WSPER’s founders, John Tunley, who was invited to officially open the new laboratory.

Reminiscing, John Tunley observed that WSPER made it possible to control the parameters affecting the WSP equipment and if, for example, a coefficient of 0.03 was required, it was delivered by WSPER, whilst on the track no one could be absolutely certain of the outcome.

He added that it successfully identified why BR WSP was causing wheel damage, something that had remained a mystery, even with track tests. Modifications were tested to ensure an optimum solution, which was implemented, thereby largely solving the wheel damage problem. John also observed that many hard-bitten brake suppliers were more difficult to convince until they had put their own equipment through its paces on WSPER.

What is “hardware in the loop”?
Wikipedia defines it as “Hardware-in-the-loop (HIL) simulation is a technique that is used in the development and test of complex real-time embedded systems. HIL simulation provides an effective platform by adding the complexity of the plant under control to the test platform. The complexity of the plant under control is included in test and development by adding a mathematical representation of all related dynamic systems.”
For wheel slide protection systems, this means simulating the performance of the railway, the adhesion between the wheels and the rails (which varies by location along the line, location along the train and the amount by which the wheels might be slipping), the interaction of the friction and electrodynamic brake where not all axles are motored, the dynamic interaction between vehicles, the behaviour of brake systems, and the inertia of the wheelsets which, again, vary between trailer and motor axles.
WSPER involves connecting the WSP system, including dump valves, and simulating everything else. The complex friction maps were originally obtained from the BR tribometer train in the 1980s, but Stuart Brown seizes every track test opportunity to ensure that those maps remain valid.
Especially with the new developments of 12 car trains, electro-dynamic brakes, sanding and ATO, very considerable computing power is required, although it is ultimately controlled by and displayed on a Windows 10 PC, albeit one with a 4k large-screen monitor.

Back to the present day and Nick Goodhand, DB ESG’s managing director, introduced principal electrical engineer Stuart Brown, who has been WSPER’s ‘minder’ for nearly 20 of its 30 years. In those 30 years, WSPER has become the standard way of evaluating WSP systems, but the WSP systems and the trains have also changed over time. So, following an overwhelmingly positive customer survey in 2018, DB ESG embarked on a development programme, so that WSPER could cope with:

All these developments are being incorporated into WSPER, which has been moved into much more spacious accommodation in the RTC Business Park in Derby, with three times as much office space and four times as much equipment space. Stuart Brown said he was especially pleased that the noisy compressor is housed elsewhere, leading to a much quieter workplace.

The new laboratory was formally opened by John Tunley on 12 June, who said: “Amazingly, it is now 31 years since we first built the WSPER facility. I am proud that it is still developing and that it is providing an invaluable service to the rail industry.”

Stuart Brown demonstrated the capability of the system. Four test cases were used:

These tests took about 10 minutes to run; they might have taken several hours on a test track. It was no exaggeration to suggest that hundreds of tests can be carried out in the time it would take to carry out just a few tests on track and, moreover, with no risk of flatting any train wheels. WSPER also avoids having to spend hours setting up the paper tape needed for low adhesion tests.

As the simulations ran, the noise of compressed air venting from the brake components in the equipment room filtered through the door, bringing back memories of Rail Engineer’s visit to RIDC Melton, reported in issue 157 (November 2017), where variable-rate sanders were being tested in low adhesion conditions on a real train!

The results of the tests are shown in figure 1.

The sheer complexity, both of the simulation and of brake control, is illustrated by comparing test 1 with test 4. A screen shot from test 1 is shown in figure 2. This shows a velocity:time plot of an intermediate car on a London Underground S Stock train with electrodynamic and friction brakes on clean dry rails with a brake demand of 0.75m/s2. The plot shows the velocity profile of each of the four axles, but, as there is no wheel slide, these profiles are superimposed on the actual velocity.

S stock is a seven-car or eight-car train, with sanders on only two of the cars (the first sander is in front of the trailing bogie on car 2). As not all cars have any or full benefit of sanders, it is necessary to consider each car individually in order to gain a picture of the behaviour of the train.

An example is illustrated in figure 4, an enlargement of the bottom right plot on figure 3 and is described in more detail. The target velocity, with a slope of 0.75m/s2, is a straight orange line.

The actual speed of the train is the white line above it, showing that the train speed is exceeding the target velocity.

Four “wiggly” lines in cyan, red, green and yellow show individual wheel velocity. As the adhesion is poor, the wheels immediately slow relative to the target velocity, braking more quickly than the train and beginning to slip, provoking WSP activity.

Because of the poor adhesion, the actual velocity (white line) is reducing more slowly than the target velocity. At around four seconds after brake initiation, sanding is initiated (point [a] on the chart) and the slipping wheels almost immediately resume nearly actual train speed.

By about seven seconds, the actual velocity, while higher than target velocity, is decreasing at the same rate [b], but, by about 11 seconds, the ATO realises it needs to increase the brake rate if the target stopping distance is to be achieved and the slope of the white line becomes steeper than the yellow line [c].

This situation is quite complicated to simulate just for one car, but all this interaction is being simulated for each of the seven or eight cars individually. And, whilst target speed remains a constant factor, the brake effort contribution for each of the 28 or 32 axles has to be integrated to calculate the actual train velocity. Moreover, the impact of sander operation on all axles behind them has to be assessed – all being calculated in real time. A very complex simulation!

The ATO test has been a vital part in developing the case for ATO running in the London Underground Metropolitan, District, Circle and Hammersmith and City lines, without having to specify excessively low brake rates. Stuart acknowledged the partnership with Gilbert Rowe, London Underground’s brakes engineer, who has been in the vanguard over the last 20 years of safely and reliably delivering comparatively high brake rates of around 0.7 m/s2 for ATO operation, even under adverse adhesion conditions.

Sanders were a late addition to LU’s S Stock design and there was insufficient space for large sand hoppers, so it was particularly important to minimise sand consumption whilst achieving the required performance. The delivery of the Sanding and ATO modules on WSPER were part of this work, which was validated with extensive testing at RIDC Melton.

In discussion, Gilbert Rowe highlighted the challenge presented by ATP systems using two tachometers on adjacent axles. In poor adhesion conditions, the two axles may end up rotating at different speeds or decelerate at a rate above the value the ATP considers to be feasible. The ATP may then trigger an emergency stop, demanding the highest brake demand, usually in low adhesion conditions, and sometimes leading to flatted wheels.

Could WSP be altered to help and be evaluated by WSPER, Rail Engineer mused?

Stuart advised that this is something that could be considered for the future. This led to a further discussion about using WSPER to evaluate trains where the ATP tachometer(s) are fitted to an unbraked axle, as is increasingly being specified.

Perhaps the last word should go to Stuart Brown, who probably won’t thank me for calling him Mr WSPER: “We are proud to be able to provide our customers with a more comprehensive WSPER package. WSPER has a 30-year pedigree and we are developing the system to meet the future needs of our customers, ensuring that it is the system of choice for the next 30 years.”