To those outside the rail industry, ‘shore supply’ may seem a strange phrase which ought to be referring to cables from the dockside to a ship in a cruise port! In the railways’ early days, carriages were heated by steam from the locomotive; when no engine was present, the vehicles were warmed by a static steam boiler. Electrical systems were low power and supplied by batteries. If the trains were not on the move, those batteries would become discharged and cables to the train were needed to charge the cells.

Nowadays, as well as the traction supply from a contact system or generated by the locomotive/power car, a rake of vehicles needs power to run auxiliaries such as lighting, heating and air conditioning. When the traction supply is disconnected or shut down, the rake needs power to precondition the accommodation or be live for maintenance and testing. Therefore, just as a ship tied up in dock needs power, rolling stock needs its ‘shore supply’.

Early electric train heating used a single-phase supply, made available from the locomotive via plugs and sockets. Even a fixed formation unit such as a High Speed Train will not require the power unit to be running all the time and an Electric Multiple Unit may not be connected to the contact system. In the original HST protocol, the train auxiliary load was supplied by the rear power car engine running, but this was quickly deemed unacceptable in terminals and around maintenance and stabling points.

Thus, there has always been a need to supply power to trains when not in motion and various generations of arrangements have been developed. Many systems have standardised around a 400V three-phase three-wire system, with a variety of solutions adopted.

Rail Engineer was invited to look at a significant entrant to the shore supply market – Shaw Automation of Ballymena, Northern Ireland. The company also has a base in Motherwell. Adrian Shaw and David Kerr explained their approach to the industry requirements and how they had developed their product line to engage in the supply and installation of equipment.

Shaw Automation Ltd has been in the market for switchboards and process control for some time and felt that its experience could be applied to the rail market, the first approach being the design and production of shore supply equipment. The idea was to update the traditional design utilising modern technology to enhance functionality, operator safety and equipment protection, adding the benefit of the Shaw Automation product being more economical and quicker to deliver than existing offerings.

The equipment can be adapted to any rolling stock interface. Robust construction using sturdy 2 and 3mm-thick steel forms the enclosure for the main control panel and the trackside pillars, all backed up by high-quality Schneider switchgear.

Shaw Automation’s aim in its design philosophy is to provide simple operation – a clear status indication, easily-used operator inputs and automated sequences. Design input was received from installers, end-users and  railway specialist design engineers SVM Glasgow Ltd, in regard to the development of the new demand for the three phase and neutral shore supply which came with its own peculiarities that hadn’t been used on British depots as yet.

The Company now has several installations under its belt one of which being Allerton Depot, close to Liverpool South Parkway Station. The facility is ideally located for maintaining, servicing and stabling trains operating between Liverpool, Manchester and Blackpool. Originally a rail freight depot, it currently houses Northern’s new Class 331 electric trains as well as the refurbished Class 332s and Class 319s. In the very near future, Allerton will also provide a base for the innovative Class 769s which are able to operate using either diesel or electricity.

Northern has constructed and installed several hi-tech pieces of equipment and infrastructure, designed to modernise the maintenance of trains and turn Allerton into a 21st Century hub of engineering excellence. The multi-million-pound improvements include features such as high-level access, a bogie drop with a trolley to safely remove underframe components without having to lift the trains, and in particular the newly-designed eight-way 400V three-phase, neutral and earth 125A Shore Supply System from Shaw Automation for the CAF-built Class 331 units

This installation removes the need for a restrictive earth supply and the development of the automated human machine interface (HMI) has improved the safety, simplicity of operation and supply reliability as there are fewer unnecessary protective device operations.

The Allerton system was successfully installed by the expert hands of Quartzelec Ltd.

The core of the installation consists of the main shore supply switchboard featuring plug-in circuit breaker technology, power monitoring and load management, with facilities for remote monitoring and a novel arrangement for customer billing.

The control interface for the system is the smart control pillar which features many enhanced safety features such as earth fault and emergency stop protection. Of particular note are the full offline interlocked testing features including automatic insulation resistance testing, pass/fail indication and train interlock testing. Valuable facilities also include data logging, and a time-limited test validity.

Adrian pointed out that, in comparison with legacy facilities, these protocols ensure that an operator would run through test functions automatically before the system takes load. All operational indicators and push-buttons are located on the trackside pillar.

Connection of the supply to the train is taken care of through a Marechal DS9 plug with bespoke safe stowage and a Marechal de-contactor socket. This ‘business end’ of the equipment sits with a full stainless steel pedestal with a protective cover. The system architecture ensures that the Marechal DS9 plug pins cannot become live when not plugged into the train or the test socket.

Considerable emphasis has been placed on ease of operator use and, to that end, the indicator display is arranged to be logical, with just the correct amount of information provided. A series of green indicator lamps will illuminate from top to bottom on start-up sequence and will all be lit while the shore supply is switched on. This information is also displayed on the HMI – the display on which faults and helpful hints/instructions are clearly shown.

The HMI is set out to be an assistant for the operator. Under normal circumstances, the operator can be guided by the LED indicator arrangement which is duplicated on the HMI indicating Shore Supply status. When faults occur, they will be indicated on the HMI and, depending on the condition, instructions or advice will be displayed. To make operation simple, the operator button is mounted in a logical position adjacent to respective indicators.  The HMI offers the operator a step-by-step guide from which the testing procedure cannot be bypassed and thus offers the ease of power introduction to the carriages and efficient use of the operator involvement between shunting movements.

As with any equipment for use in a rail depot environment, the matter of safety has been at the forefront throughout the equipment design process.

As noted earlier, testing has been built-in as part of the equipment’s protocols and, to that end, tests can only be carried out while the plug is safely connected to the stowage socket; if the plug is disconnected, the plug and cable cannot be tested. The power will not switch on unless successful testing has been completed.

Power to the pins cannot be energised if the plug is not confirmed as plugged in at either the stowage socket or on the vehicle itself. Other basic provisions include emergency stop and earth fault protection. All these features ensure an operator can work in complete safety.

The important feature of the system is the automated insulation resistance test. Again, it is worth emphasising that the system will walk the operator through the sequence before the power is actually applied. An operator has only one operation to start the process. The on-board controller will then automatically sequence and control the test procedure, encompassing all the necessary elements:

Adrian was keen to point out that, due to the engineering of the system, the other features can be made available as useful options. With each project fully designed and installed, operator feedback has been used to provide input into a continually developing solution that meets the needs of the depot operators from ease of operation, billing accuracy and reliability; all systems are backed by an optional Original Equipment Manufacturer (OEM) approved maintenance programme.

An aid to record keeping is train identification with the logging of parameters such as:

Where a depot might be serving more than one operating company, logging of energy consumption (kWh) for each connected period is available and could be used for billing against each unit.

Remote control and viewing of each line status could be made available and would allow the logging and monitoring of functions such as whether plugs are properly stowed and not connected to the train, and monitoring of load current per phase is also available. This would allow connection to an existing building management system.

Dave Kerr summarised the system. “The idea was to update the traditional design of shore supply installations by utilising modern technology to enhance functionality, operator safety and equipment protection, adding the benefit of the product being less expensive and quicker to deliver than existing offerings. The product can be adapted to any rolling stock and the company has seven installations completed and commissioned, with another four currently in production – all in the last 18 months. There’s a lot of interest.

“The new rolling stock construction and electrical distribution within the CAF-built Class 331 units removes the need for the restrictive earth supply due to enhanced means of carriage chassis to track earthing, whilst the development of the automated HMI has improved the safety, simplicity of operation and, of course, supply reliability, as there are fewer unnecessary protective device operations.

“We are starting to have great success with this product all over the UK – modern technology being typically more cost effective and with enhanced safety features.”

As the company settles into the rail market, a view is being taken about where else it may offer its expertise. There are many requirements for power supplies in both safety-critical and non-safety-critical areas, with a variety of applications outside the depot environment.

Adrian is optimistic about his company’s future in rail and insists that it will be pleased to react to any approaches, developing products and installations in line with client requirements. 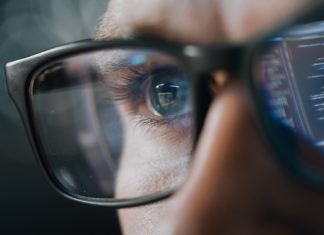