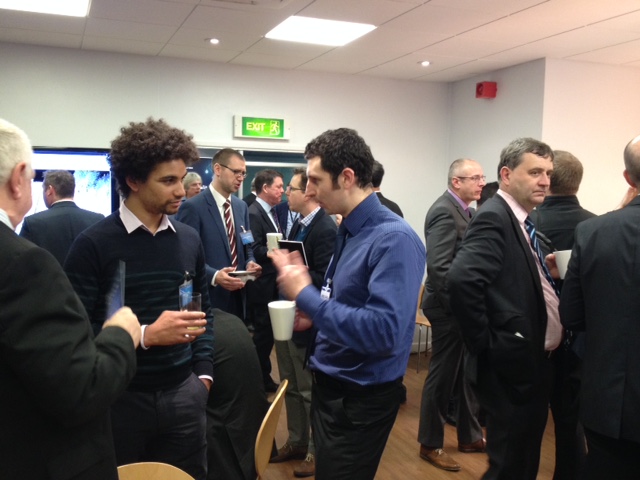 Any investigation into the work that Network Rail is doing to prepare the network for the demands of the future is bound to include two recurring themes.

Electrification. This includes electrifying a host of lines which are still using diesel-powered trains – the Great Western main line, the Midland main line, the Welsh Valley lines, lines in the North including Manchester Victoria to Preston and Preston to Blackpool, the transPennine route and the Edinburgh-Glasgow improvement programme. Then there is the renewal of old catenary in East Anglia, some of which is 40 years old, and plans to add overhead electrification to DC lines in the south of the ‘electric spine’.

As control systems become more and more sophisticated, the railway needs a plan to digitise its operations. Cyber security, the Internet of Things, IP-protocol, remote condition monitoring – it is a vast amount of work and it gets more complex every day as technology continues to develop.

To many people, these two initiatives are mutually exclusive. True, Digital Railway includes SCADA (supervisory control and data acquisition) to control railway traction power, but most of what Digital Railway is all about is signalling. Isn’t it?

Actually, it’s not. It is also about other aspects of railway engineering, including electrification. The Digitally Enabling Electrification (DEE) project has been running for two years, part of the Government innovation strategy for digitising the railway. Atkins has collaborated with industry partners Laing O’Rourke, software specialist dhp11 and Imperial College London to help bring the project lifecycle of an electrification scheme into the digital age.

Phil Bennett, commercial director of Network Rail’s Digital Railway programme, recently commented on the downsides to a conventional response to any project specification, whether signalling or electrification. He listed them as:

What the country needs is more trains with better connections and greater reliability. With this in mind, DEE was selected as one of 11 funding winners under the ‘Enabling the Digital Railway’ initiative, co-funded by the Government’s innovation agency Innovate UK and the RSSB (formerly the Rail Safety and Standards Board).

The project team has been focusing on railway electrification, developing approaches that increase the validity of data passing through all stages of the lifecycle – from survey, design and manufacture through to construction and operations. In doing so, it has exploited digital technologies to show how the industry can achieve, and benefit, from an integrated Building Information Modelling (BIM)-compliant environment.

The aim is to make digital technology a viable and cost-saving solution for electrification; an objective achieved primarily through the adoption of open standards for the exchange of data.

At the heart of the project is understanding how electrification projects can help deliver the Government’s BIM Strategy and become a key component of Network Rail’s Digital Railway programme. An achievement would be a real- world demonstration and application analysis.

The UK’s current rail electrification programme is the biggest ever carried out in Britain. Over the next ten or so years, more than 2,000 miles of track will go under the wires, with efficient and environmentally friendly electric traction replacing traditional diesel power.

The scale of the project is huge and the routes being electrified are among the busiest in the country. Atkins is the lead design organisation for the electrification of the Great Western main line and is providing engineering design services in the Northwest, West Midlands and Scotland through a National Electrification Programme framework contract. The Midland main line between Bedford and Sheffield is also being delivered under the same framework.

Electrification on this scale presents a number of challenges. Thousands of masts, portals and cantilevers, at unique locations, are required to support the all-important network of overhead contact systems that deliver power to trains. All of this equipment must be designed, procured, built, commissioned and maintained – a process that requires workflow management, not only within but also between organisations.

This is another area where Atkins has been looking at innovative solutions and has developed a range of lightweight, simpler-to-install, structures as an alternative to the traditional OLEMI (Overhead Line Equipment Master Index) ones.

There is also the challenge of working across a worksite that is, in effect, hundreds of miles in length. Disruption to the operational railway must be kept to a minimum, so meticulous planning is needed to make the most of limited possessions. Equally important is the ability to work efficiently in a safety critical environment.

There are wider systemic challenges too. In common with other branches of engineering, electrification projects are hampered by the limited supply of skilled and experienced engineers. Finding ways to improve productivity is a priority.

Ali Najimi and Ray Dudding from Atkins are both deeply involved with the project. As project manager, Ali has been leading this project through its two years and Ray has been leading BIM and digital systems for Atkins in the rail sector. They spoke to Rail Engineer about their work on the initiative, conceived by Atkins and lead partner Laing O’Rourke, and their interface with the organisations and companies taking the new initiatives forward. To ensure access to a wider range of specialist skills and knowledge, the group teamed up with software specialist dhp11 and Imperial College London.

“We carried out a review of the existing landscape and concluded that, while major design and build suppliers have their own bespoke systems, these cannot easily share data with other systems,” Ray Dudding commented. “This makes it difficult for different organisations to work together on a large scale project.”

In common with some other design organisations, Atkins has developed its own digital electrification design system over the last 15 years. This has helped to drive internal efficiencies and has delivered benefits to customers, including multi-million pound savings in design. Ali commented that, on one project, the use of Atkins’ TADPOLE tool had allowed work that would traditionally have taken nine months to produce, to be completed in around three months.

In tandem with Atkins’ work, Laing O’Rourke has been leading the construction industry in digital engineering, championing the Design for Manufacture & Assembly (DfMA) process. This allows the company to create structures in a factory environment, minimising time on site as well as reducing cost and risk. Laing O’Rourke has the process already in action for its modular house building protocols.

Digital design tools deliver huge internal efficiencies, but problems can arise at the points of contact between different organisations working on the same project. This is because data cannot always be shared easily between different design systems. Each contractor’s needs may be very different.

“The irony is that, even when using its internal automated design BIM system, Atkins would still be contracted to hand over a pile of traditional paper and PDF outputs to the constructor,” said Ray. “Imagine being at the trackside in the rain trying to make sense of the systems design from a stack of paper, or even scrolling through multiple dumb files on a tablet?”

In order to make use of an Atkins design, for example, Laing O’Rourke would need to manually re-input information from paper to ensure the data was in a usable format for its own systems.

“The priority was to come up with an open standard on which any designer, manufacturer or constructor could share data,” added Ray.

The solution – known as OLEDEF – is the first of its kind to provide an open format for the design of overhead line systems for rail electrification. It uses a standard XML (Extensible Markup Language) format that offers the widest compatibility, so anyone using BIM can benefit.

With the right data format in place, the next step was to optimise workflows. Building on Government leadership, the team focused on incorporating PAS 1192 – the code of practice for the collaborative production of engineering and construction information. Under this regime, all parties develop models with the level of detail relevant to their stage of the lifecycle, then models and data can be shared in the common data environment.

“We have had to answer questions around how our work fits into the typical workflow,” Ray continued. “We have considered how the common data environment can be applied in design and manufacturing management systems, then how this can be extended into product lifecycle management systems.”

While a research-based approach was an essential starting point, a demonstration was needed to show how digital techniques could solve real-world problems. In the case of electrification, challenges include reducing the time needed on-site during possessions and minimising the risk of overruns.

It was found that the precision-build DfMA techniques being championed would hit problems unless a solution was found to a particular issue: that it is not possible to guarantee the accurate positioning of the foundations on which the overhead line structures were constructed, a not- unfamiliar challenge encountered by electrification engineers.

Although considerable effort has been put into improving this process in recent years, time is still lost because of the need to adjust overhead line equipment to compensate for variations in the position of foundations. This leads to higher costs and the risk of over runs.

A number of options were discounted before inviting the leading suppliers to a technology trial at the Network Rail test track at Tuxford in Nottinghamshire. Each supplier first surveyed the piles, then a variety of different types of structure were erected, which the suppliers surveyed. The survey results from all of the suppliers were then assessed.

Advantages gained include the ability to change a design to allow for the positioning of a foundation being out of tolerance before structure erection or allowing feedback to the designer if a greater out of tolerance installation has occurred, all resulting in better utilisation of possessions and mitigation of potential overruns.

By establishing schemas for open data transfers, mapping a path to greater collaborative working and combining new surveying technologies with advanced BIM techniques, the DEE project has already proven its worth. But it’s not just railway electrification schemes that will feel the benefit. “The work we are doing will also be of interest to people in the wider BIM, engineering, information management and construction arenas,” stressed Ray Dudding.

Ali Najimi pointed out that these developments were being applied to the Midland main line electrification programme and have been adopted for the East-West Link design development.

So DEE is taking off, and bringing about better communication, higher efficiencies and lower project costs.

And electrification is firmly part of the Digital Railway concept.