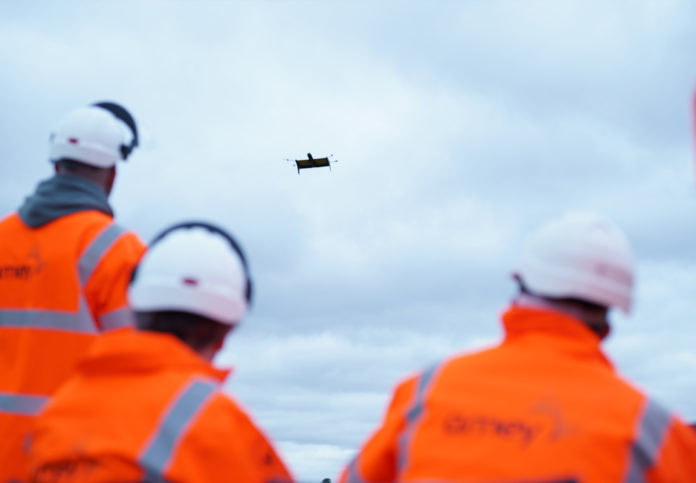 The first drone inspection of UK infrastructure to go beyond visual line of sight (BVLoS) has been successfully demonstrated by AmeyVTOL.

During the demonstration, the VTOL flying wing surveyed an area of 2km autonomously and out of the sight of the pilot. Up until then, drone inspections were limited to flight within visual line of sight (WVLoS) and as such, could not go further than 500 metres from the pilot.

This successful trial opens up significant possibilities for BVLoS inspections of long linear infrastructure such as roads, railways and overhead power lines. Not only does BVLoS save time and massively reduce inspection and survey costs, it also increases the quality, volume, and repeatability of data – enabling better asset management decisions and more efficient maintenance.

Most importantly, it also enables inspections and surveys to be undertaken without people needing to work alongside a live railway, removing ‘boots from ballast’.

The success was made possible through AmeyVTOL’s innovative VTOL Flying Wing that can fly up to 100km on a single charge due to a unique hybrid design and an optimised energy system. Preparation and execution of the trial was made possible through AmeyVTOL’s state of the art operational control centre which enables the planning, simulation, and remote monitoring of BVLoS drone operations. Advanced communications and simulation capabilities were developed in partnership with world leader Collins Aerospace.

Amey Consulting managing director Alex Gilbert comented: “We are delighted to have successfully trialled a UK first for asset management. Through our collaboration with SME VTOL technologies we have developed a genuine innovation that could transform inspections and surveys for asset owners in both the public and private sector.

“Being able to go beyond visual line of sight will not just provide safer, more effective inspections but it will empower asset managers with increasingly reliable data, resulting in informed, intelligent decision making.”

The demonstration was part of a government-sponsored Rail First of a Kind (FOAK) programme, promoted by Innovate UK through the Small Business Research Initiative (SBRI). SBRI is designed to bring together government challenges and ideas from businesses to create innovative solutions and was instrumental in enabling the demonstration of BVLoS operations.

AmeyVTOL will now be offering this capability to infrastructure owners and operators who want to deliver efficient and repeatable asset safety and condition inspections, and topographical surveys, without placing people in hazardous environments. 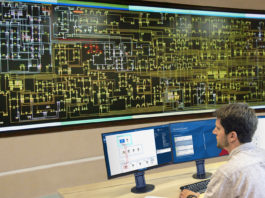 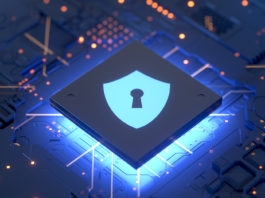 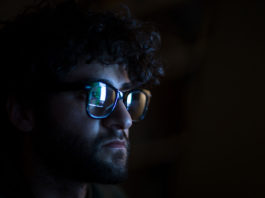