Home Rail News A system of systems for operation and control

Essentially, passengers’ requirements have remained largely unchanged since the days of the Train control systems earliest railways; quite simply, they want to travel safely and comfortably and to arrive at their destination on time.

In comparison, the railway itself has changed dramatically, with complex systems now operating to set routes automatically, regulate the movement of trains and control a wide range of sub-systems covering everything from power supply to station air conditioning.

In effect, multiple systems have to work together to deliver the smooth journey that passengers demand. However, in the majority of applications, many are not yet connected and so are unable to exchange valuable information. The industry’s challenge is to make this happen more often and more efficiently, so that the cost and efficiency of railway operations can be optimised with consequent operational and performance benefits to the operating company and the passenger.

On the London Underground Victoria line, for example, Siemens’ train supervision system predicts the position of trains for the following twenty minutes several times a second. This system feeds the algorithms that are at the heart of the automatic train regulation system, modifying train departure times and driving profiles accordingly. This information is then used by the on-board system to drive the train automatically from station to station. It also feeds the passenger information displays, giving passengers the opportunity to modify their journey plans if necessary.

With passenger numbers continuing to rise, it becomes increasingly important to accurately predict demand and to manage the peaks effectively. If the current annual growth rates of six to eight per cent continue, then the West Coast main line will be at full capacity by the early 2020s, making effective management of the network and optimisation of available capacity absolutely essential.

Technology clearly plays a major part in managing such conditions. Systems such as Communications-Based Train Control (CBTC), for metro networks, and the European Rail Traffic Management System (ERTMS) for mainline applications, enable trains to operate at higher frequencies than would otherwise be possible by allowing reduced headway. Both systems use radio to communicate with trackside equipment, with trains being updated almost in real-time with information about the speed at which they can travel and how far they can safely go. This technology enables 34 trains per hour to be timetabled on the Victoria line at peak times; and 24 trains per hour timetables will be possible through the Thameslink core area.

Whilst managing capacity is a constant challenge for railway operators, there is also pressure to manage more effectively the use of fossil fuel to power rolling stock – both in terms of the rising cost of fuel and its impact on the environment. To address this, the UK rail industry is investing £4 billion in a five-year national electrification programme. Siemens
is playing a key role in the Rail Electrification Delivery Group (REDG), which is working closely with Network Rail to address and overcome the challenges of electrification. Initiatives such as new switchgear designs and new overhead line engineering are already being introduced to improve productivity.

Pressure also comes from the growing demand for a 24/7 railway, with a need to keep service disruption to an absolute minimum during renewal, repair and upgrade works. The Victoria line again provides a good example of this as the outgoing signalling system has been gradually migrated to the new one over a period of nine years with minimum disruption caused to the railway as old and new signalling systems operated with old and new rolling stock.

Clearly this approach requires detailed systems engineering, flexible equipment and highly skilled staff – not to mention meticulous planning. The Victoria line upgrade programme proved, though, that manufacturing, designing, installing, testing and commissioning a new system can be successfully achieved, enabling a seamless transition for passengers travelling under the control of the old system one week and under the new system the next.

Very often, these operational and engineering challenges are accompanied by economic ones, with the railway having to make enough money to cover the costs of operation and investment over a sustained time period. Integral to achieving this are factors such as the optimisation of energy use and human and infrastructure resources.

At the Richmond Airport line in Vancouver and MTR’s Kowloon Canton Railway in Hong Kong, Siemens systems were installed to integrate the operation of CCTV, lifts, escalators, ventilation, power distribution and traction control systems in a small number of multi-headed workstations, with operational costs being reduced through a more efficient use of human resources.

Integration is the key

The design of trains and stations is also vitally important, with the latest trains maximising space and passenger movement along their length. Many trains now integrate complex ethernet-based networks of CCTV, passenger alarm, traction and braking systems, air conditioning and ventilation control and there are clearly benefits in also moving towards full integration of systems such as traction, automatic train protection and automatic train operation.

As systems become increasingly advanced, and more trains move towards Grade of Automation 4 (that is, with no employees on board, such as Line 1 of Paris Metro and Singapore’s Downtown line), so the quality of communications with passengers becomes increasingly safety-critical, requiring close integration with CCTV systems.

The move towards ever-closer integration of systems will continue as the industry continues to explore new ways to design trains and control systems that work effectively together as a whole. In doing so, it is helping to deliver reliable, safe, sustainable and integrated systems not only in normal, everyday operation, but also during the major upgrade projects needed to create a railway for the twenty first century. 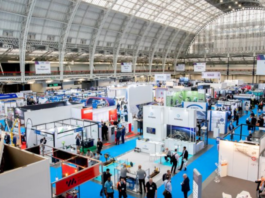 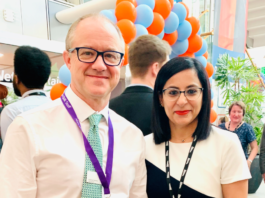 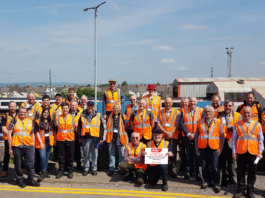