Home Rail News A risk that cannot be eliminated 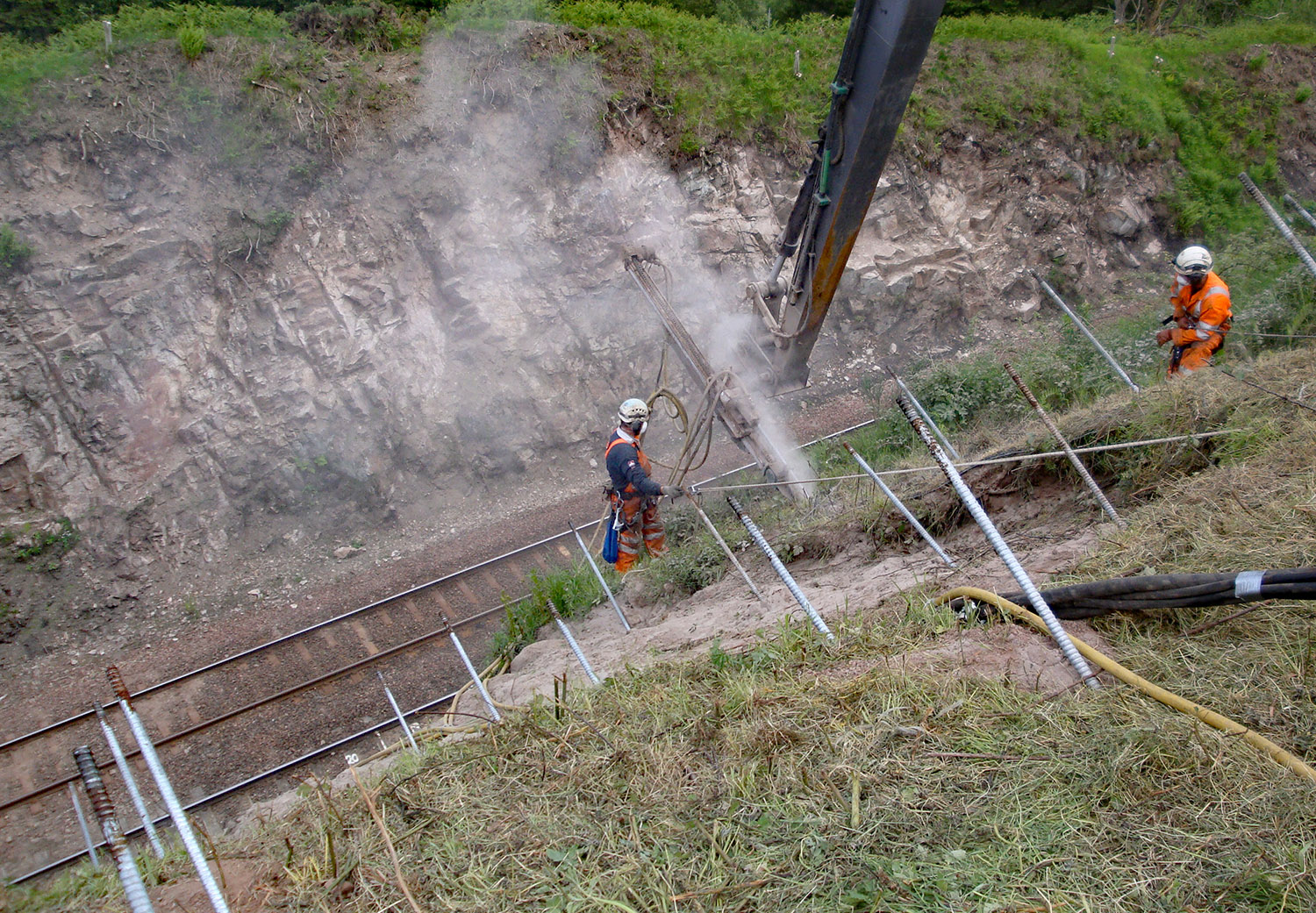 Ten years ago, we reported on the installation of 14,000 square metres of rock netting on the near-vertical 15-metre high rock cutting at Carmont. Rocks had been falling from the cutting as a result of it being overtopped by the runoff from steep adjacent fields. This was due to ineffective field drains and an increased area of farmland.

Whilst this work eliminated the derailment risk from rock fall, in a sad irony, the crest drain installed to prevent the overtopping was a factor in the terrible accident here on 12 August, when an exceptional storm washed gravel from its trench onto the track.

Ninety miles away at Polmont, the same storm system deposited 44mm of rain in one hour. The consequent runoff into the Union Canal overwhelmed its waste weirs, causing it to overtop and breach an embankment through which tens of thousands of tonnes of water flooded onto the Edinburgh to Glasgow main line. As we report, it took 40 days to repair the resultant damage.

In both these events, the earthworks had not been considered to have a high risk of failure and drainage systems were overwhelmed by the runoff from surrounding areas. These two incidents also highlighted the vulnerability of earthworks to severe weather events and illustrate the challenges of managing earthworks. These are well-explained in Network Rail’s report ‘Resilience of rail infrastructure’, the interim report that Transport Secretary Grant Shapps requested after the Carmont derailment.

This report explains why historic earthworks are less robust than their modern-day equivalents. It shows the action taken over the past decade to improve extreme weather resilience and reduce the earthworks failure risk. This includes new specialist engineering departments and applying new technologies.

Although the £1.3 billion earthworks spend in the current five-year control period is twice that of ten years ago, this funds work on only 0.7 per cent of earthwork assets each year. The ORR’s annual safety performance report implicitly acknowledged that it is not possible to eliminate the risk from historic earthworks, stating: “It is simply not possible to renew these assets to modern resilient design standards in any wholesale way.”

The previous fatal earthworks derailment was at Ais Gil in 1995 – since then, there have been over 30 such derailments. The tragedy at Carmont was due to a particularly unfortunate combination of factors and an exceptionally violent collision as the train came to a sudden stop from 75mph.

Reports from RAIB and Network Rail’s independent task forces will, no doubt, result in further worthwhile actions to further minimise this risk. Whilst the focus of these reports is to improve safety, the joint investigation by Police Scotland, BTP and the ORR concerns possible breaches of health and safety law. Police Scotland was in charge of the crash site for 38 days before handing it back to Network Rail to start repairs. Yet the agreed protocol states that this should only be the case if there is a clear indication of serious criminality.

Another historic infrastructure concern is unknown tunnel construction shafts. In 1953, two houses in Manchester collapsed into a failed hidden shaft, killing the five people. In this issue, Graeme Bickerdike has been to Ramsgate to see how cosmic rays can locate such shafts.

The intriguing title of this year’s address by the incoming IMechE Railway Division Chairman, Professor Felix Schmid, is “The Long History and Exciting Future of Railway Systems Thinking.” Felix’s talk describes how the close-coupled wheel/rail interface contributes to the interdependency of these sub-systems. Modelling low adhesion in the one-square-centimetre contact patch between wheel and rail is also the subject of a feature by Malcolm Dobell.

Vivarail’s battery powered Class 230 units, converted from withdrawn London Underground trains, are the UK’s only self-powered non-diesel trains certified for passenger use. Our report provides the background to this conversion and considers Vivarail’s future plans for its innovative trains.

Innovation in signalling is considered in two features by Clive Kessell. In one, he describes the Degraded Mode Working System, to keep trains running during signal failures. The other concerned a ‘Driving innovation in signalling’ conference which Clive felt was not so much about innovation but rolling out the developed ETCS system on the East Coast main line.

The innovative Automatic Train Protection installed on the Chiltern route in the early 1990s as a pilot system for national use remained the only such system and was declared obsolete in 2012. Paul Darlington describes its history and its forthcoming replacement by an enhanced TPWS system.

Also redundant is London Bridge power signalbox, which, after 45 years’ service, was recently replaced by Three Bridges Rail Operating Centre. In a fond farewell, we describe its history and the new features it introduced.

Finally, we have two features showing how both signalling and civil engineering benefit from modular construction. Steve Barry explains the benefits of using modular equipment to produce and test the ubiquitous Relocatable Equipment Buildings (REBs) in a factory environment. The off-site manufacture of modular bridge products also brings similar benefits as Mungo Stacy describes. These include better environmental and ergonomic working arrangements as the workforce transfers from site to factory. 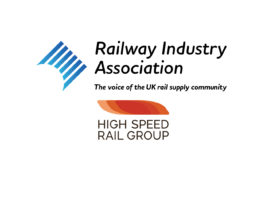